Airtight Games enacts round of layoffs "as part of a necessary restructuring."

Murdered: Soul Suspect developer Airtight Games has cut 14 jobs from its Redmond, Washington office, the studio confirmed in a statement. No projects are affected by the move.

"We regret to confirm that we have laid off 14 staff members yesterday afternoon as part of a necessary restructuring," an Airtight spokesperson told IGN. "This restructuring is part of the normal ebb and flow of game production. Existing projects are on schedule and Airtight Games is actively seeking partners for exciting upcoming projects."

Airtight designer Kim Swift, who helped create the Portal series, also left the company to take a job at Amazon Game Studios. Murdered: Soul Suspect launches June 3 for Xbox 360, Xbox One, PlayStation 3, PlayStation 4, and PC. The game runs in native 1080p on Xbox One and PS4.

Murdered: Soul Suspect is set in Salem, Massachusetts, the location of the Salem witch trials in 1692, which saw public executions of those convicted of witchcraft. The story begins with protagonist Ronan O'Connor's death at the hands of an unknown assailant. He must then interrogate the ghosts of Salem to learn more about his killer.

For more on Murdered: Soul Suspect, be sure to check out GameSpot's previous coverage, including our recent hands-on preview. 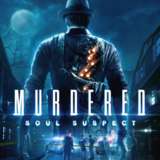