Moving Away From Free-to-Play was a Relief, Lego Minifigures Online Designer Says

"You feel kind of dirty when you're creating a microtransactions-based game..."

Lego Minifigures Online launched on PC last October as a free-to-play, Diablo-like game centered around the Minifigures collectible line. Developer Funcom decided a few months ago to overhaul parts of it, and the renewed title was released today on PC, iOS, and Android devices. The game now costs $30 on PC, the mobile version retails for $5 plus $4 for each additional world, and there are no more microtransactions.

The unusual decision to shed the free-to-play model and turn toward a premium price point came about during Funcom's reassessment of the game. We spoke with designers John Wiksen and Erling Ellingsen from Funcom to talk about this choice, its impact on development, and the new features in the re-release of Lego Minifigures Online.

GameSpot: How did the free-to-play model work in Lego Minifigures Online when the game initially launched?

John Wiksen: In the free-to-play model you'd be getting [minifigure] parts as you went through dungeons and eventually be able to put together figures. And we used that as a gating mechanism between the worlds. So for customers who used money on the game it was easier to get parts.

Erling Ellingsen: [It] was [also] set up with a membership model. By being a member, you got a lot of stuff included in that. If you were a free player, you could buy stuff like minifigure bags, which would make it easier to get through the game because of these gates. You could buy diamonds, too, which was our microtransaction currency.

JW: Those diamonds have been completely removed.

When did you decide to go back and change that model?

EE: It was a few months ago. We'd been collecting data and player feedback.

So moving to the buy-to-play model gives you more leeway with development?

JW: Yeah, now we can just think about what is best for the player, what is most fun for the player and at all times just increase the value of the content there.

EE: A lot of the parents [who see the overhauled game] breathe a sigh of relief when they hear that it's going buy-to-play, because it means not having to worry about memberships or having your credit card being in there.

It's unusual to move from free-to-play to a different pricing model. What have been some of the obstacles that have come from that decision?

JW: There weren't that many challenges going away from free-to-play. It was just a relief.

EE: It's much more difficult to make a free-to-play game.

JW: You feel kind of dirty when you're creating a microtransactions-based game, because you need the content you're creating to be behind gates. You can't just give the content away for free because you're supposed to be selling this game also. So when we removed that, we had a better game in general. And it's way easier to create a good game now because we can just focus on creating a good gaming experience from the start, rather than just a pretty good gaming experience with more unlocked via purchases.

Other than the pricing model, what have you changed in this new version of the game?

Is there cross-save support?

EE: Absolutely. You could be sitting at home on your PC and then jump on your phone. It's a very innovative thing that we're very proud of.

What are some of the challenges that come with making an MMO that's accessible to kids?

JW: In any other MMO, you have a ton of abilities to use. But it's easier for kids to know that if you switch to this character, it will do this thing, and if you switch to a different character it will do that thing. And so [in our game] you just swap between them and you have technically six abilities, but you only have two active at a time. And the same with the skill tree--again, for the kids, every option is a good option. We don't have a tree that tells you that you should go in this or that way. It should just be good choices. But for the more experienced players, maybe he wants his video game character to be a very DPS [damage-per-second] guy, so therefore he can do the min-max thing that the game allows for.

EE: It should always be so the youngest players don't feel like they've done something wrong.

Lego Minifigures Online is available today across iOS, PC, and Android. You can check out its website if you're interested in playing it. This game is one in a series of Lego titles being released this year. Others include Lego Jurassic World, Lego Dimensions, and Lego Worlds. 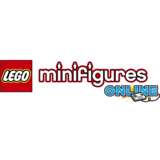