Patch e1.0.6 is now available to download, with fixes for a number of crashes and adjustments to character progression.

Mount & Blade II: Bannerlord's daily updates continue apace with patch e1.0.6 now available to download on PC. The latest patch notes detail fixes for a number of crashes, adjustments to character progression, and the implementation of a few other changes.

In multiplayer, there's a blood particle crash fix, while the single-player portion of the game sees various fixes for loading screen crashes, player execution crashes, and a few other crashes relating to quests and more.

Developer TaleWorlds recently spoke about the game's launch, bugs, and its confidence in finding solutions for each problem that occurs. Despite releasing in Early Access and requiring daily updates, the popularity of Mount & Blade II's hasn't waned. The medieval action RPG is Steam's biggest launch of the year so far. 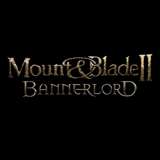