We went hands-on with MotoGP's upcoming demo and raced a 125cc bike around Italy's Mugello Circuit in Championship mode.

Capcom has announced a demo for MotoGP 09/10 to give fans of motorbike racing a taste of Capcom's latest two-wheeler. The demo will feature the 125cc Championship mode, the brand-new 600cc Moto2 Arcade mode, and the 800cc MotoGP Time Trial mode. We got a chance to play the demo, which is heading to the PlayStation Network and Xbox Live before the March launch, and speak to developer Monumental Games at a recent Capcom event.

If you're not familiar with bike games or need a refresher course, then the 125cc class is a great introduction to MotoGP 09/10. With the bike's reduced speed and weight, your focus is on handling rather than braking and acceleration. The braking distance is greatly reduced with these smaller vehicles, and the overall difficulty is easier, allowing you to throw your nimble craft into corners at the last minute. MotoGP 09/10 lets you "tuck in" on straights, which pulls you closer to the fuel tank and results in less drag and faster speed. On the downside, you have reduced manoeuvrability, so it's most useful when zooming down straights. However, with 125cc bikes you can stay tucked in while approaching corners and release it much later than you can with larger bikes. You can also stay tucked in on corners that are particularly gentle, because you don't need to turn as sharply.

We got a chance to play the demo's stripped-down Championship mode. The full game will let you take a licensed rider through a full season, but the demo was limited to the 125cc class and the Italian Grand Prix's Mugello Circuit. The track features a long pit straight followed by a sharp corner, which allows you to get up to a blisteringly fast pace before slamming on the brakes and throwing your bike into the almost 180-degree right-hand turn. The rest of the course features plenty of challenging turns, including several hairpins, and the track showcases MotoGP 09/10's bright, crisp visuals. The game runs at 60 frames per second, which keeps the action running smoothly.

Monumental Games has made some major changes to the series this year after taking over the reins from Milestone, including the addition of a new Time Attack Arcade mode and 20-player online matches. Another major focus for the development team is incorporating the full 2009 and 2010 seasons into the game, with the latter due to be released postlaunch through two free downloadable content packs. The first pack will include the new MotoGP teams and the two new 2010 tracks: Britain's Silverstone and Hungary's Balatonring. An additional DLC pack will include the Moto2 and 125cc class teams. With so much premium content these days, it's nice to see Monumental offering it for free, and lead designer Greg Bryant explained the reason behind this decision. "We don't feel that a pure season update is a reason alone for someone to go and invest £40 in a new game. That's why we're giving that season content update as part of DLC for free," he said.

We'll have to wait to see how the Moto2 class shapes up and how it compares to 2009's 250cc championship. With two full seasons to play through, it looks like MotoGP fans will have a lot of content to keep themselves busy once the game and DLC packs are released. Until then, be sure to read up on all of our previous coverage and stay tuned to GameSpot for more on MotoGP 09/10. 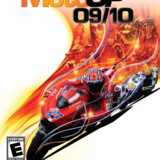