A new gameplay trailer for Mortal Shell shows off how the upcoming PS4, Xbox One, and PC action game will separate itself from its inspirations.

Mortal Shell, in the first trailer we saw and in follow-up analysis, looks a lot like a From Software game--specifically Dark Souls and Sekiro, depending on whether you're focusing on the aesthetic or the nuances of combat. Now a new gameplay trailer has been released, and while it still looks very similar to the works of From Software, we can see some of the elements that might differentiate it.

In the trailer below, we see how Mortal Shell features multiple "shells" that change your fight style. We also get a good look at the enemy designs, which are a mix of humans, monsters, and things in-between.

We can also see that the game is skewing in a different direction with some of these designs--note the bondage gear worn by some enemies, and the rags worn by others.

Mortal Shell will come to PlayStation 4, Xbox One, and PC later this year. PS5 and Xbox Series X versions have not been announced, although it'll be compatible with both systems, as the Series X is fully back-compatible and Sony requires all PS4 games going forward to work on PS5. 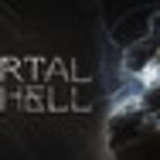