We get the lowdown on the newest entry in the Mortal Kombat series from Ed Boon himself.

Following our first look at the trailer for Mortal Kombat: Deception, we were able to get a rundown of what the game is going to offer from none other than Ed Boon, cocreator of the bloody juggernaut series, at Midway's gamers' day. The presentation gave us an overview of the game and its various features and offered us one of our first genuine surprises of 2004. While we expected the next entry in the Mortal Kombat series to build on the promising elements introduced in 2002's Deadly Alliance, we weren't really prepared for the insanity laid out before us. Boon and company's latest evolution of the venerable franchise goes crazy in what appears to be the best possible direction.

Boon's presentation covered six topics: gameplay, backgrounds, characters, fatalities, new game modes, and online. The gameplay segment shed light on the surprising number of tweaks and additions to the already-solid fighting system introduced in Deadly Alliance. Mortal Kombat: Deception's core system will feature the basic elements that worked so well in Deadly Alliance, so you can plan on each fighter having three fighting styles with unique combos, special moves, and fatalities. Returning characters will likely retain some, but not necessarily all, of their existing styles. The current plan is for each character to have roughly six special moves and multiple fatalities (more on that in a bit).

The additions to the combat system appear to be adding a level of strategy that should please fighting fans looking for more depth. A new position switch move, similar to the position swap seen in Tekken 4, will let you quickly switch your place with an opponent if you're backed into a corner, which should come in very handy. However, the most interesting addition is undoubtedly what Boon dubbed "fight state indicators." The indicators appear vertically on the lower left- and right-hand sides of the screen and identify your fighter's current state, on the fly, during a battle. The color-coded indicators let you know when you're vulnerable to attack, are able to counterattack, or are in a danger zone. Obviously, when the indicators aren't reacting at all you'll know all is well. The stoplight-like meters, whose appearance is still a work in progress, struck us as a training-wheel-like addition to the game. The indicators should help veteran players hone their skills to perfection and let new players get a better understanding of the fighting system.

Another sign of the fighting system's evolution is the way its new features relate to the game's backgrounds. The arenas will be multitiered and will feature a high level of interactivity that will end up enriching the fighting system. Boon stated that the arenas will end up playing a big role in the flow of the battle, almost as much as the character you choose, based on their unique size and shape. Some will slowly crumble as you fight on them, making a "ring out" sort of victory possible. Another background Boon talked about was a sort of "yin and yang" arena that randomly flips between good and evil. On the good side, you'll see a Virtua Fighter-like beach, complete with seagulls and a generally peaceful setting. But when that flips around, you'll get an evil version of the same background. Getting knocked out of the arena on the good side won't be so bad for the losing player, but getting knocked out when things aren't so pleasant will probably be a bloodier affair.

Deception's final roster of characters is still being kept a secret, but we sussed out a number of them from the trailer, such as Baraka, Scorpion, Sub-Zero, Ermac, Mileena, and Nightwolf. The game will feature 24 fighters in all, 14 of which you'll be able to play with right off the bat. In talking to Boon, we discovered that the white-clad fighter shown in the video wasn't Raiden, or even a man, for that matter. Boon didn't reveal much other than to say it was a woman named Ashra. Given her appearance, we figure she's probably related to the god of thunder in some way. Ashra will be joined by around seven more new characters.

The basic level of interactivity offered by the backgrounds will match everything seen in Deadly Alliance, so you'll be able to break objects around the arenas and exploit areas within them that will do damage, such as the acid pits in the previous game. That's just for starters, though--certain breakable background elements will act as weapons you can use to dole out damage to your opponent, specifically the walls you'll be knocking them through in spectacularly violent fashion. In addition, you'll now find color-coded squares that will clue you in to the good, the bad, and the ugly of your surroundings. The good will be indicated by green squares that will tip you off to useful items, such as weapons strewn about the arena that you can pick up and use. The bad will show up as yellow squares that represent danger zones, which will harm you or your opponent in some painful way. The ugly is shown with red squares that clue you in to death traps, an evil, new addition to the MK franchise's meaty selection of ways you can bring instant, and gruesome, death to your foe.

Speaking of ways to die, MK Deception will come fully loaded for those looking for ways to eviscerate their opponents. As mentioned, each character will have two fatalities to brutally finish off their foes, but that's not the only way to rid yourself of an enemy. The death traps in each arena feature some truly spectacular ways to end a fight. The sequence at the end of the trailer, where Baraka is thrown into the pair of menacing spiked rollers, offers a taste of what's possible. However, if you happen to be competing against someone who thrives on humiliating you, Deception offers a nice way to tell your opponents to suck it. When your battered fighter is wobbling about and waiting to be finished off, you'll be able to perform a suicide move and finish yourself off before your opponent does. This new move now makes the end of a battle as hectic as the fight itself, as both players will have to race to input their command before the other.

You'll have the opportunity to put the fighting system through its paces in a robust assortment of modes, and this is where we found some of the game's biggest surprises. In addition to the standard assortment of single-player and versus modes, you'll find some cool new additions. The konquest mode has been completely overhauled to offer a deeper, free-roaming, RPG-like experience that will put you in control of a teenaged character and charge you with guiding him to adulthood and victory. The missions will again range from standard tutorial missions, which fill you in on the combat system, to battles with a variety of victory conditions. You'll take on the missions by roaming freely through six realms populated by old and new faces whom you'll interact with. Boon mentioned that every character that's ever been in a Mortal Kombat game will make some sort of appearance in this mode.

The konquest mode will include a feature that will track time in the game. In addition to tracking the age of your character, the feature will work in tandem with the day and night cycle in the game, since many unlockable secrets will be tied to a specific time and place. For example, you may see a character moving among the rocks in the distance in a certain area. If you try to be in the area when that happens, you'll engage the character in battle and earn something if you win. Boon stated that, while the koin currency system and the krypt will be in the game, the majority of the hidden characters will be found in konquest. Once you complete konquest mode, you'll be able to take your character into the other game modes with three fighting styles of your choosing.

Speaking of other modes, Boon's demo of the other modes was pretty jaw-dropping. The versus and konquest modes were impressive but not entirely unexpected; however, the two new modes--puzzle kombat and MK chess--were. Apparently, Boon and company weren't content with just buffing up the fighting system and overhauling konquest mode and have thus created two all-new game modes. The resulting modes are complete changes of pace that look to be pretty fun. Puzzle kombat is a Tetris-style puzzle game proudly cut from the same cloth as Capcom's classic gem, Super Puzzle Fighter II Turbo. The game will feature superdeformed versions of the main cast who will duke it out as you try to clear like-colored blocks. A super meter will let you perform various attacks based on the blocks you remove, with combos allowing for better attacks and even super moves. And, of course, this mode will also feature some superdeformed fatalities.

MK chess is an even greater throwback that recalls both the old-school classic Archon and the board game Stratego. The mode lets you select an assortment of fighters that you assign a class to and move around on a chess-style board in an attempt to take out your opponent in turn-based combat. Your class selection will affect that fighter's stats while providing unique abilities. For example, Scorpion can be cast as a healer, which will let him heal units but significantly reduces his attack power. There will be multiple arenas in this mode, and some classic backgrounds from previous MK games will appear here, as well.

The icing to this already sizable cake is the online support in Mortal Kombat: Deception--you can play versus, Puzzle kombat, and MK chess online. The exact details are being kept under wraps, but we'd like to think the game will include leaderboards and the expected stat tracking, at the least.

While we went into the presentation with certain preconceptions of what to expect out of Mortal Kombat: Deception, what we saw easily surpassed them. The game's impressive overhaul is a bold move that recalls some of the insane, old-school brilliance of the classic early entries of the series. It's good to see that nearly every aspect of the game is being given some depth and that the additions are so well polished. Puzzle kombat and MK chess seem to be solid enough that they could have worked as stand-alone games (although we're glad to see Midway didn't actually try to ship them as such). However, the strongest aspect of the game will likely be its online play. In an era when the arcade scene is all but dead, the chance to test your skills against random strangers is a dope reminder of the days when you would roll up to a machine and set your quarter down. If the ambitious package works as well as it looks like it might, Mortal Kombat: Deception may well be the best entry in the series yet. 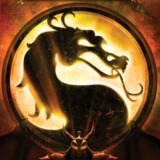