The emotional song is featured during Endwalker's final zone.

Composer and content creator, Alex Moukala, has released an arrangement covering Final Fantasy XIV's "Close in the Distance", featuring 1,400 fans of the MMO.

Moukala, who is best known for his funky video game remixes and compositions, started the idea back in February when he asked the Final Fantasy XIV community to help him recreate the emotional song featured in the final zone of Endwalker, a song that is representative of the player's journey.

Shortly afterwards, the composer went on to receive over 1,200 video submissions of fans filming themselves singing the chorus of "Close in the Distance", which eventually became the 1,400 as seen in the video. Husky by the Geek, another content creator and musician, helped Moukala arrange the song while Denmo Mcstronghuge produced it.

The fan arrangement features the vocalist for the English version of NieR: Automata's Weight of the World, as well as several other artists who even previously performed in the game, such as Susan Calloway--best-known for "Dragonsong" from Heavensward--and Amanda Achen who performed "Flow" and "Tomorrow & Tomorrow".

The video is a montage of the most memorable moments from Final Fantasy XIV and is edited together with a collage of every player who participated. There were so many other content creators and artists who took part, including Zepla, Lollia Rose, J’Nique Nicole, Elizabeth Rage, and more.

The original song featured in the MMO was composed by Masayoshi Soken & Jason Charles Miller and is an emotional dedication to the entire Final Fantasy XIV community and team who worked on the game.

Moukala also added on Twitter he would do his best to assure that the YouTube video's monetization goes to some good charities "in honor of Soken's story", who revealed last year during the Final Fantasy XIV Digital Fan Festival that he was battling cancer during the development of Endwalker, but has since beat the disease.

Soken himself responded to the video, saying on Twitter, "I watched this and I thought it was a new world, where there is a piece of the puzzle called game sound, and an amazing community has used it to paint one epic picture. You all are truly amazing!" 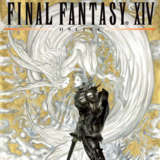