New music game from Activision will reportedly be announced at E3 and launch before the end of the year.

Activision is getting the band back together, according to a new report.

The publisher is working on an all-new, "more realistic" Guitar Hero game for Xbox One and PlayStation 4, according to Kotaku UK, which cites two different sources.

The new Guitar Hero game, which wasn't given a name, will be announced at E3 in June, according to one source.

The music game, which would be the first since 2010's Guitar Hero: Warriors of Rock, will sport a "more realistic" visual look, compared to the "cartoonish" style of past games, according to another source. Expect more authentic-looking artists and even crowds.

In addition, the report claims that Activision is making new guitar peripherals to launch with the Guitar Hero title, though no further information was provided. The new Guitar Hero game is reportedly scheduled to launch before the end of 2015.

An Activision representative said: "We don't comment on rumor or speculation, but have previously said, that as one of the most beloved entertainment franchises, we would only bring Guitar Hero back if we developed the right innovations to usher the franchise into the new generation of gaming."

Activision officially put the Guitar Hero franchise--as well as the Tony Hawk series--on hiatus in early 2011. It was already confirmed that Tony Hawk will return this year on Xbox One and PS4, and now it sounds like Guitar Hero is making a comeback too.

A seventh Guitar Hero game was in development, but Activision canceled this project.

Previous Guitar Hero developer Neversoft and RedOctane are no longer in operation. Kotaku's report doesn't name a developer for the new game outright, but does say the title is coming from one of Activision's developers on the United States west coast.

The rumored revival of Guitar Hero comes less than a week after another report claimed Harmonix was working on a brand-new Rock Band game for Xbox One and PS4.

The Guitar Hero series was once a juggernaut, $2 billion business for Activision. However, sales of later games dropped dramatically. The latest entry in the series, Warriors of Rock, sold fewer than 100,000 copies during its debut month. 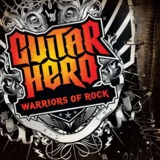