Can you believe it's already October?

It's now October, so Xbox Live Gold members have more free Xbox One and Xbox 360 games to pick up as part of the Games With Gold program.

As announced previously, Super Mega Baseball: Extra Innings is now free on Xbox One (just in time for the MLB playoffs), while I Am Alive is free on Xbox 360. That game is playable on Xbox One through backwards compatibility. Even if you don't have an Xbox One right now, you can download the game and install it if/when you pick up the system.

Super Mega Baseball and I Am Alive replace Earthlock: Festival of Magic (Xbox One) and Mirror's Edge (Xbox 360, but also playable on Xbox One), which were available free until September 30. 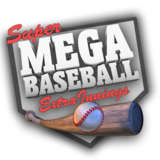