It's that time again.

We're midway through May, which means Xbox Live Gold members are getting more games to download and play for the low, low price of free.

As announced previously, Lara Croft an the Temple of Osiris is free on Xbox One starting today, May 16, while backwards-compatible Lego Star Wars: The Complete Saga is going free on Xbox 360.

On Xbox One, Giana Sisters: Twisted Dreams - Director's Cut will remain free until May 31, so you still have time to pick up that game before it returns to its normal price.

In other Xbox Live news, a huge sale on Xbox One backwards compatibility games is going on now, featuring discounts on Red Dead Redemption, Grand Theft Auto IV, and Call of Duty: Black Ops II, among others.

May 2017 Games With Gold Lineup 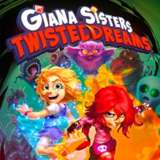