The East Lake Golf Club arrives today in the pro golf game alongside a new patch.

As promised, EA Sports is releasing more free DLC for its new pro golf game, Rory McIlroy PGA Tour. Available now on PS4 and Xbox One is Atlanta's East Lake golf course, the site of this weekend's real-world Tour Championship and the culmination of the FedEx Cup. The course is playable across all game modes.

East Lake comes to Rory McIlroy PGA Tour today as part of a wider update that makes tweaks and changes to general gameplay, as well as the game's online mode and Night Club Challenges, among other things. The full patch notes are available below the video.

Rory McIlroy PGA Tour launched in July with just eight courses, but the first of the game's free DLC, the TPC Scottsdale course, was released in August. More free expansions are coming later.

GameSpot's Rory McIlory PGA Tour review scored it a 4/10. Critic Josiah Renaudin called it a "swing and a miss." 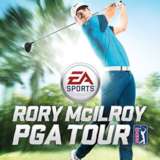