Monument Valley, the Awesome Game From House of Cards, Has Made $14 Million

House of Cards helped Monument Valley to have its second-biggest day ever.

As it did following the game's first year, developer Ustwo games has released new data regarding the performance of Monument Valley, the excellent puzzle game whose profile was raised thanks to House of Cards.

Monument Valley has generated over $14 million in revenue since its launch in April 2014. It's been downloaded over 26 million times across all mobile devices, about 21 million of which were free downloads through various promotions. That leaves that revenue to come from about 5 million paid downloads, 2.7 million purchases of the Forgotten Shores expansion, and $28,000 in sales of the merchandise that began being sold last year. Given how adorable and gorgeous some of that stuff is, that last number seems low.

Ustwo also revealed that Monument Valley received a real bump from its appearance on House of Cards. The second most revenue it ever earned in a day was on March 1, two days after the debut of House of Cards' third season, when it made $69,484. Its highest day remains its launch on iOS back in 2014.

Also of note is how dominant iOS has been for the game--it accounts for nearly three-quarters of its total revenue, far outpacing the combination of Google Play, Amazon, and Windows Phone.

You can see more in the charts below and in Ustwo's post on Medium. You can see its report for the game's first year here. 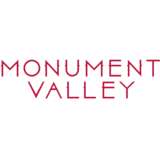