Monument Valley Developer's Next Game Revealed, And It's Coming To PC And Consoles Too

The game looks like it'll be a lighthearted experience set across a few islands.

Ustwo games, the developer of Monument Valley, has unveiled their next game--and it'll be their first console release. The game, Alba: A Wildlife Adventure, has released a first trailer, but don't expect any gameplay footage from it.

The trailer shows a sign-up sheet for a "clean-up initiative," a bird book, and a newspaper article about two young girls starting a wildlife league. One of those girls, at least, appears to be playable.

You can watch the trailer below and admire its cute art style.

The game looks like it could be set on an island, and like travel by boat will be part of the experience, although nothing is confirmed just yet.

The game is coming to ""iOS, macOS, and tvOS, plus PC and console". The trailer does not reveal which consoles the games are coming to, though. Judging by the trailer, we'd expect a PS4/Xbox One/Switch release, but nothing has been confirmed.

Ustwo Games' previous release, Assemble With Care, is available on PC and through Apple Arcade. 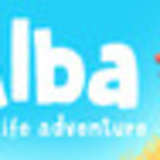