We got a chance to team up with fellow hunters and take down the water-dwelling Lagiacrus monster in Monster Hunter Tri.

When we last saw Monster Hunter Tri back at GamesCom 2009, we were taken with how impressive it looked. If bringing the franchise to a Nintendo system for the first time wasn't sweet enough, it was also one of the best-looking Wii games we'd seen to date. The visuals certainly go a long way in bringing the exotic monsters, environments, and characters to life. Originally released in Japan last year, the game is being localised by Capcom for Western markets, and this latest game in the series should be out this April in Europe. We recently got a chance to play the European version, including its two-player split-screen and four-player online modes.

Nintendo hosted a hands-on event in London, which kicked off with a presentation from producer Ryozo Tsujimoto and creative director Kaname Fujioka. The duo attempted to initiate the UK media in the ways of monster hunting, and given that the series hasn't been the runaway success in the West that it has been in Japan, this seemed like a sensible start to the day. During the presentation, Tsujimoto revealed a number of interesting facts about Tri, including the addition of several new weapons that weren't in the Japanese version, such as the Lion's Bane sword and the Grim Reaper-fashioned Sinister Saints switchaxe. Tsujimoto also confirmed that Monster Hunter Tri will support Nintendo's Wii Speak microphone peripheral. Text chat is also an option, and this feature will no doubt make communication between hunters easier during online matches. Lastly, he revealed that Capcom had direct involvement in designing Nintendo's Classic Controller Pro control pad. The redesigned controller appears to be the default control scheme for Tri, and while you can use a Wii Remote and Nunchuk or the original Classic Controller, we found that the pro's longer handles made it a better experience. In fact, Nintendo has announced two additional versions of the game for Europe: one that will be bundled with the Pro controller and another that will include the controller and the Wii Speak peripheral. After the presentation, we met with a Capcom spokesperson, who told us that you'll be able to copy your characters to a Wii Remote and play them on a friend's system, much like you can import Miis from one console to another.

Capcom has already revealed that the cute catlike Felynes won't be tagging along in Tri's single-player hunts, although they are available in the village to help you cook food and plant crops. Aiding you in battle this time around is Cha-Cha, a dwarf-sized fellow who looks a lot like the village witch doctor. We weren't able to see him in action, but according to Tsujimoto, Cha-Cha will become bigger and stronger and will unlock new abilities as you progress.

Monster Hunter Tri introduces underwater battles to the series for the first time. With the exception of two shoulder buttons to dive and surface, the main controls are the same whether you're in the water or on land. The Classic Controller Pro is particularly useful for underwater areas, as the inside shoulder buttons are easier to reach and sit underneath the outside ones, much like on the PlayStation 3's Dual Shock 3 controller. After kitting out our hunter with a great sword, we headed to the aquatic hunting grounds with our companions to hunt down the giant aquatic Lagiacrus dragon. The map had about a dozen sections, with several areas featuring bodies of water deep enough to conceal the beast. Diving into the sea and coming head-to-head with such a giant creature was cool, and he certainly proved to be a challenging opponent. Because you have to move in three dimensions underwater, combat is slightly more challenging at first, and unfortunately the series again fails to include a fixed camera angle behind you, so you need to use the right analog stick to keep the camera on the action. The Lagiacrus eventually moved to another area where we were able to attack it on land. Despite being a creature of the deep, the Lagiacrus was just as formidable on land, and it was great to see that the action continued unabated despite the location.

We also got a chance to play Tri's two-player split-screen mode, where we were able to hunt down a Great Jaggi and a Qurupeco. This mode took place in a single arena covered in sand and featured the backdrop of a beautiful, crumbling colosseum. Rather than fighting on regular hunting grounds, you need to fight it out man-on-beast in a single area; however, the overall gameplay remains pretty much the same. The starting area is adjacent to the arena, and if you die, it's easy to rejoin the battle once you've respawned. The monsters can't retreat to another area and recharge their health, and neither can you (although you can carry health potions and other items with you), so the battles are simple fights to the death. Despite having to share the screen with a companion, this mode does a good job of keeping the screen uncluttered while still managing to display all of the vital heads-up displays.

Nintendo and Capcom are still considering whether to charge a monthly subscription fee for Monster Hunter Tri, which would follow the model for the just-announced Monster Hunter Frontier Online on the Xbox 360 in Japan. Given that it's a four-player cooperative game rather than a persistent, massively multiplayer game, added fees might make it a difficult sell.

Monster Hunter Tri looks like it will be a delicious monster-filled treat for fans of the series when it comes out in April. Because multiplayer is such a vital part of the Monster Hunter experience, it's good to know that Capcom is working on its own in-game friends system, and we're hoping it will be as painless as possible for people to jump online and start slaying monsters. We're looking forward to seeing the final version and checking out all of the monsters and environments in store for hunters. For more on the franchise's Nintendo debut, be sure to check out our previous coverage and keep an eye on GameSpot for the full review this April. 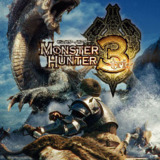