Paul W.S. Anderson is moving from one Capcom franchise to another.

In September, Capcom revealed that a Monster Hunter movie was in the works. Now, we know that veteran director Paul W.S. Anderson, who made 1995's Mortal Kombat and all the Resident Evil films starring Milla Jovovich, is taking on the project.

Deadline reports that Anderson and his producing partner Jeremy Bolt are shopping a Monster Hunter movie to studios right now. Anderson wrote a script, which, alongside VFX renderings of creatures from the film, are being pitched to studios by their manager, Ken Kamins. The filmmakers have put together a "detailed game plan" that also includes a partnership with Toronto-based VFX studio Mr. X. Anderson worked with that team for the Resident Evil series. Below is a rendering of what a Monster Hunter movie could look like--yes, that's a dragon wreaking havoc on LAX.

Anderson also discussed his meeting with Capcom executives about getting the Monster Hunter movie rights. "We were very respectful, down to me getting on a plane to Japan. But contractually, we could have just done whatever we wanted," Anderson said.

Bolt added, "They've said what they love about Paul is he understood the spirit of the game and expanded and made more of it. Commercially and creatively, they really respect that. They are trusting us again, on Monster Hunter."

There are no official plot details for the Monster Hunter movie yet, but Anderson spoke at a high level about why he thinks the franchise is so appealing.

"What I love about Monster Hunter is the incredibly beautiful, immersive world they've created. It's on the level of like a Star Wars movie, in terms of world creation," he said. "There are no real central characters so it’s a bit like when we first approached Resident Evil and imposed our own characters and story on that world. I think this is a perfect IP for us to do exactly that same thing again.

"You're fighting these giant creatures, some as big as a city block," he added. "They live underneath the Earth and when they burst out, it's like the best of Dune. You also have these flying dragons, giant spiders, the most wonderful creatures. That's what really attracted me. I felt there was a fresh, exciting world that we could expose and build a whole world around, like a Marvel or Star Wars universe. Everything is about world creation, nowadays, and how can you build a world where you can have multiple stories going on? I thought this was our opportunity to have a cinematic universe."

Anderson teased that he has "about two movies" planned out for Monster Hunter. Shoots will take place in China or South Africa, with a budget similar to Resident Evil's.

Video game movies have a track record of being mediocre or worse. Anderson said he doesn't pay much attention to critics, and explained why.

"For us, the ultimate arbiter of whether a film is good or bad is when you sit with 350 people who've paid their money to see your movie," he said. "Do you entertain them? Do you do your job as an entertainer? Do you scare them? Do you make them cheer? Do they applaud at the end? That’s always been our approach. We haven’t cared that much about critics because also, as we got older, movies that get ripped a new asshole get critically reappraised later."

Part of the reason some video game movies are poorly received, Anderson argued, comes down to the filmmakers being disconnected from the source material.

"You see filmmakers giving interviews, saying, 'I never played the video game,'" he said. "It is very disrespectful to the IP. How can you adapt something without understanding the original IP? You'd never dream of adapting a book without reading it. Somehow, people feel with video games it's OK just to kind of jump in there without really understanding its DNA."

Go to Deadline to read the full interview; it's in-depth and fascinating.

There is no word yet on when the Monster Hunter movie will come out or who will star in it. Anderson will presumably direct it.

Resident Evil: The Final Chapter, which will be Anderson's final movie in the series, is scheduled to come out on January 27, 2017. Though he and star Jovovich (his wife) are saying goodbye to the series, it could live on with a different director and star. 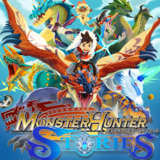