Monolith Soft and Making RPGs for Everyone 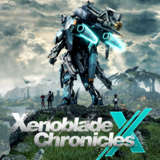 This is our second feature detailing Xenoblade Chronicles X, the spiritual successor to Monolith Soft's Xenoblade Chronicles. Today's story features studio head Tetsuya Takahashi's thoughts on developing role-playing games for both Japanese and Western appeal, as well as what it's like working at Monolith Soft, one of Nintendo's first-party developers.

One year after the launch of role-playing game Xenogears, director Tetsuya Takahashi left Square Enix (then called Squaresoft) to pursue his next dream. Sixteen years later, Takahashi is the leader of a studio that has become synonymous with deep, complex role-playing games: Monolith Soft.

With 130 employees across two studios in Tokyo and Kyoto, Monolith is slightly smaller than your average first-party developer. Under Namco, from 2002 to 2008, Takahashi's team furthered the Xeno legacy with Xenosaga, an episodic series of RPGs tying into a larger story. In 2007, Namco sold 80 percent of its stake in Monolith to Nintendo, only to sell off its remaining shares a short time later. Monolith became a first-party developer for Nintendo.

"When I think about how it feels to work at Monolith, it's something that's probably changed quite a bit over time," Takahashi--studio head and executive director on its most recent title Xenoblade Chronicles X--said in a recent interview. "In the very beginning of Monolith, right after I'd left Square, there were certainly a lot of times when we were working very late into the night. We were still building up the company so there were not that many people involved.

"We still have some of the early core members with us now like [director Koh] Kojima and [art director Norihiro] Takami who were there from the beginning. Certainly things have changed quite a bit over time, but I think it's not quite as grueling as it was in the very beginning. Working with Nintendo has changed our approach to [making games] and given us a little more freedom in terms of how we schedule things out. We don't have to necessarily drive people in the traditional overtime way that you would see at a lot of Japanese companies."

Takahashi went on to describe his leadership priorities: at the top of the list is preserving work ethic and productivity while trying to be "very careful" about falling into similar traps of "very traditional Japanese companies." The studio head said he encourages his employees to prioritize life outside of work when they need to, and makes sure they have the time to look after themselves and see their families. Despite his best efforts, however, Takahashi said there are times when he has to literally push people out the door to make sure they take care of themselves.

"It's difficult to convey to people because I'll have these conversations with Takami, who is working so hard," Takahashi described. "I can tell that even from his own point of view it's hard for him to go home because he feels such a sense of responsibility and he wants to continue working on a thing. I try to urge people in that situation to make sure that they're seeing to the needs of all of their life at that point and not just work. That's something that's very important to me."

But such is the business of making RPGs. Once production gets underway things can snowball very quickly, and with so many systems to develop and implement and so many passionate people on staff, it's hard to walk away from work. Monolith Soft's team loves making RPGs the most because of the storytelling opportunities the genre affords, and the depth of world building they can achieve. For Takahashi specifically, RPGs are in his blood, having carried his love of them from his work on titles like Final Fantasy VI and Xenogears at Square over to Monolith. But it's not just Japanese role-playing games that pique his interest; Takahashi makes it a point to play the games of his western counterparts, citing more open-world titles that western audiences are no stranger to.

"I play a number of western games, sometimes for fun, sometimes for research," he explained. "I'm sure there was some influence that I would pick from them. For me personally, I prefer JRPGs, but I will always pick up and play a little bit of each Grand Theft Auto that comes out. And I'm the sort of person who will probably never clear the main story, but I'll usually play a little bit of the Fallout games when they come out as well. BioWare games are also something that I'll play out of interest as well.

"Something that has impressed me recently was Grand Theft Auto V," he continued, lauding the game's world building. "They managed to marry the gameplay and story, and showcased the story in such a way that you really did feel like you were the main character in a movie. That was handled exceptionally well."

On this note, Takahashi wonders why JRPGs aren't more popular, especially within his native country--though franchises like Tales and Atelier and companies like Atlus continue to pour them out. He knows the genre is beloved the world over, but is curious as to why only certain series gain critical acclaim and widespread popularity. Whatever that secret sauce is to popularity and global appeal Takahashi spoke about wanting to crack that code and apply it to designing Monolith's next games.

"We do take into consideration the needs and the reactions of western audiences when designing games," he said "After the success of Xenoblade Chronicles on Wii--I believe it had better sales overall abroad than it did in Japan--I was very interested in following along with the reactions that I was seeing outside of Japan. That's definitely something that I will continue to consider going forward, but I also, of course, have to balance that with the needs of the Japanese market as well. Though that balance may shift from project to project, depending on how people's' tastes and reactions are changing."

One of those reactions that seem to be constantly in flux is how willing players are to spend between 30 and 100 hours on a single game. Aside from esports-driven MOBAS like Dota 2 and League of Legends, coercing players into committing several days' worth of time to one game can be difficult. This is especially so when most action-adventure games pack a narrative into an experience that takes 8 or 12 hours, at most, with a handful of optional missions and collectibles. Most RPGs, like this year's The Witcher 3 and Fallout 4, take several dozen hours to reach narrative climax, and some JRPGs in the past have taken nearly 60 hours to get players from emotional point A to climax point B (looking at you, Final Fantasy XIII). When finally digging into Xenoblade Chronicles X, I was told it takes around 30 hours to finally unlock the skells--a timestamp nowhere near the story's midpoint.

"World building is something that’s really important to me in creating games, and it's something that on the player's side and takes some time," Takahashi explained. "In order for you to feel like you're almost living in this world, you have to spend some 20 to 30 hours there. If immersion and a deep sense of detail in the world is my goal, then I need to use a design that will allow people to spend that much time in it, because it's an essential element. When I say it takes perhaps somewhere about 30 hours to feel like you're actually immersed in a role and living there, what keeps people coming back to these games is that they want to live in roles like this in these games."

Back in October, Monolith Soft posted a notice about a "mass hiring" for 3D designers, and many assumed another one of these lengthy JRPGs was in the studio's future. But Takahashi explained that that particular posting was for support roles; in the past, the company has helped on titles like Super Smash Bros. Brawl and The Legend of Zelda: Skyward Sword, and more recently, both new Animal Crossing 3DS games and Splatoon. Monolith is currently supporting a handful of other Nintendo projects, specifically projects needing map design and "interesting adventure elements."

But will we be seeing more Xeno games in the future?

"The opportunity presents itself," Takahashi said coyly. "Usually I need to start with an interesting idea or direction that I feel it's going to have some compatibility here but if that presented itself, I would consider doing so."