The Despicable Me spinoff game has joined the likes of Pokemon Go and PUBG Mobile.

Mobile game Minion Rush has just reached 1 billion downloads across all platforms, making it the first game based on a film to reach that milestone, Deadline reports. It joins other major mobile titles with over a billion downloads including Pokemon Go and PUBG Mobile, which reached the milestone earlier this year.

Minion Rush was first released in 2013 by developer Gameloft, in collaboration with Illumination, Universal Games, and Digital Platforms. Despite being over seven years old, the game remains popular with fans, with new updates and content continually being added to keep things fresh.

The core game is based around an endless runner, with different missions to complete, as well as different Minions, costumes, and power-ups to collect. To date, players have run a collective total of 216 billion miles in game, with a total of 3.4 billion hours spent playing.

Gameloft has launched a new Celebration Event to mark 1 billion downloads. If players can collect 33 billion bananas during the course of the event, an exclusive costume will be unlocked. The event also heralds the arrival of two new playable Minions, Bob and Stuart. 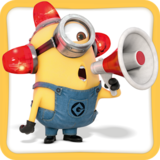