Minecraft In Education: How Video Games Are Teaching Kids

MINECON 2012: Some enterprising teachers are using Minecraft to teach subjects like physics, geography, and English language with promising results.

If we're to believe much of the mainstream press, then video games are little more than a plague upon our youth, a disease that turns delightful, law-abiding young citizens into diabetes-ridden, sociopathic adolescents without a firm grip on reality. That's not to make light of such issues, but to lay the blame solely on games is to be as ignorant as those who claimed rock-and-roll would be the downfall of society, or that TV would result in a generation of brain dead morons; the Stones are still rocking, and Jersey Shore is classed as entertainment, but we've not reached Ayn Rand levels of dystopia just yet.

There's far less focus on the positive aspects of games--and there are many--just like the increased hand-eye coordination and social problem solving that my esteemed colleague Cameron Robinson discovered in the last episode of The What If Machine. Here at Minecon, some attendees have taken the next step by using Minecraft to aid them in teaching children. It's a bold move, and one that's encountered some resistance, but they've seen some very positive results: increased attention levels, better collaboration with other students, and of course, better grades.

What's more impressive is that those improvements have been made in subjects that Minecraft so flagrantly bends the rules of. Take physics: there's no question that Minecraft's physics system bears little resemblance to reality. And yet, students are learning via that very idiosyncrasy. Why is it unrealistic for blocks float in mid air? Why would your character not really be able to chop through solid rock in seconds? And why can't you swim up a vertical shaft of water? As video game teaching advocate Stephen Reid put it, "teachers can look at the tools and encourage learning from them regardless".

Reid also pointed to other examples, such as using Minecraft's large maps to demonstrate population displacement in geography lessons, and its varied biomes to discuss the growth of plant life on earth. There's also Red Stone, an element in Minecraft that's been used to create everything from simple railway switching systems, to fully working computer systems. The principles of Red Stone--being so similar to that of real-world circuits and logic gates--mean that some teachers have found it a compelling way to demonstrate electronics to students.

Indeed, many children have already been teaching themselves the principles of electronics, even if they don't know it yet. Reid pointed to the millions of Minecraft tutorial videos uploaded to YouTube, many of which have been created by children. "Self learning is more powerful than listening to what any teacher has to say", he quipped. And there are other benefits too. Building structures with others teaches children the power of collaboration, and opens them up to interacting with others outside of their own friendship circles, often with people from across the globe.

Language skills, particularly for non-native English speakers, also see an improvement, says Reid. The simple English used, and the quick pace that forgives mistakes encourages them to take risks, more than being put on the spot in an English lesson does. Even students that aren't into video games have seen benefits from its introduction, with classes being divided up into groups; some children work on designing buildings, and others keep a diary of their progress.

Of course, using video games to teach is still a relatively new concept, and only a handful of schools have implemented it in their curriculums. It's something Reid attributes to a "cultural fear", as well as an issue of cost in poorer areas. But these aren't insurmountable issues. Many schools are beginning to see the benefits of video game teaching, not just in games like Minecraft, but also in titles like Little Big Planet too. Even Call Of Duty got a nod for its use in teaching ethics to students.

It's certainly early days for Minecraft's educational efforts, but with projects like Minecraft EDU--which offers a 50 percent discount and teacher-specific tools--and another that aims to digitize the world's libraries and rent out books for free within the game, there's no shortage of ways for teachers and children use Minecraft in schools.

"Mankind has an inherent urge to create", says Reid. "It's that process of creation, that process of working with others and building wonderful things, which makes it so appealing".

Do you think videogames are a valid learning tool? Are you in a school that already uses games to teach? Let us know in the comments below. 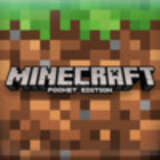