Minecraft in Communist Russia Would Be The Tomorrow Children

For the land of tomorrow.

I’m alone in a cave. Well, it’s not exactly a cave--it’s a narrow passageway cut into the sides of a massive chunk of crystal, the remains of a monster my comrades felled. I’m not looking for anything in particular, but I’m hoping to pick up some resources on my journey. Perhaps a small bush that, when consumed, makes my little body glow. Or maybe I’ll find some hidden food or building materials. I strap on my jetpack and fly up a vertical slice in the rock, and there it is in front of me: nestled into a crevasse is a small golden Russian doll. Another lost soul to revive in the world of The Tomorrow Children.

The Tomorrow Children--set to launch this fall--is like Minecraft in that your main goals are to collect materials and construct things like shops and consumable stores. But unlike Minecraft, you’re not doing this strictly for yourself: you’re doing this for the greater good, for the remains of mankind that are depending on you for survival.

The game takes place in an alternate timeline where a 1960s Russian experiment to unify all human minds into a single consciousness failed and destroyed the universe. You wander through the endless white Void as a projection clone, a small Russian doll with an appearance that is both cute and unsettling in turns.

Projection clones make the remains of the world go round by hunting for resources and building and maintaining towns. And since The Tomorrow Children alpha earlier this year, developer Q-Games has added a bunch of new features that add layers of responsibility to your projection clone’s lifestyle.

“In the early days, when [Sony was] talking about the early concepts of the PS4, they were talking about sharing features and having the 'Share' button on the controller,” Q-Games president and founder Dylan Cuthbert told me. “And we thought, sharing, communism... That sort of communal thing. And I grew up in the U.K., and we always had the Cold War going on in the background, the Iron Curtain and that sort of thing. And I thought, well, maybe I can make a game using those Neo-Soviet kind of things. And we started building and pushed it all on in that direction. We really pulled on all that brutalism architecture of the era as well in designing the towns."

As your projection clone moves about its daily business, it may find the aforementioned Russian dolls hidden away in the world’s cracks. These Russian dolls are physical manifestations of the souls lost to the failed thought experiment, tangible pieces of human consciousness waiting to be awakened. The dolls must be brought back to towns and placed on a special device that will turn them human again; in the small base I called home, there were three such humans wandering around, thankful to my kin and I for saving them.

As projection clones complete more tasks and gather more resources, their personal prestige will increase as well as their ability to complete more complex tasks. Since the alpha phase, Q-Games has also added full control in customizing towns. You can build it out anyway you like, customize structures with new colors, and rearrange them. You can also add more recreational structures like benches and slides. You--along with everyone else--can customize these tiny villages to suit your comfort and needs.

In the demo I played at Tokyo Game Show, I purchased the means to build an electronics kiosk, where I could buy jetpacks and jackhammers to help me on my quest. I then used my jetpack to fly across the rippling white wasteland, because were I to walk on foot I would sink and drown in the nothingness. I shut off my jets and touched down on a tiny island occupied by another crystallized monster corpse, and as the sun set on the horizon I began chipping away at its bulk with my shovel, hopeful for crystals and food.

The aforementioned nothingness takes up most of the world of The Tomorrow Children. Occasionally you’ll come across giant structures like the crystallized monsters and can mine them. Some of these landmarks err on the odder side--in the demo I played, one was a giant blue big. Another was a red human face sticking up out of the ground. These sort of oddities were designed to be surreal and interesting to look at, according to Cuthbert.

Any of these tasks I could complete with a partner in The Tomorrow Children’s online aspect. Any number of projection clones--controlled by players from different regions—can be working in the same caves or working to build kiosks or repaint buildings. I love that this socialist aspect has been woven into the gameplay; some things you can do on your own, but since you’re working for the greater good, it seems natural that the greater good itself (a.k.a. other people) should be working alongside you. I gathered resources to build my electronics store, and just as I put it up, another projection clone walked up and gave me a praising salute. There’s no voice chat or way to communicate in The Tomorrow Children other than this gestures, which I find to be a nice touch; this preserves the mystery and etherealness of the projection clones while still giving them a way to assist and warn each other.

And if you don’t want to put the hard labor in to collect items, you can always buy the on the black market. These contraband items cost more in-game currency, but they will get you the necessary skills to get things done faster. You can also purchase Void Powers, a set of upgrades you can use only a few times after purchasing. One such power will allow you to build large blocks very quickly, while another will actually slow down time, giving you more hours of sunlight.

The Tomorrow Children is a unique take on the sandbox genre, and while it’s fun to tinker around in its post-apocalyptic socialist world, it’s also incredibly sad. A sense of futility sits over everything, a feeling of, “We did this to ourselves and now we have to rebuild.” But it’s also tinged with hope, because working together to reestablish humanity’s foothold into the universe is a noble quest, and because we ourselves are only human, the story calls to us directly, telling us to be grateful and careful with what we have. 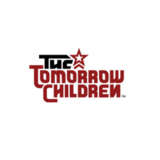