Jack Wedge claims he's the first person on the planet to defeat all 14 fighters with his sight obscured.

They said it couldn't be done, but Jack Wedge has reportedly become the first person on the planet to defeat every fighter in classic NES boxing game Mike Tyson's Punch Out! while blindfolded.

Wedge recently uploaded a video of himself playing the game, using his Boston Bruins hat as a blindfold. He knocks out the first 13 fighters with relative ease, before defeating Mike Tyson--the game's final and toughest fighter--by decision.

"I am the first human being, that we know of, to have gone 14-0 in Mike Tyson's Punch Out blindfolded," he says moments after achieving the feat. "Yeahhhh, man!"

Wedge appears obviously ecstatic in the video, saying he is "on the high of my life right now."

Whereas the first thirteen fighters have jab patterns that players can memorize and master, Tyson is an incredibly tough challenger to defeat with two eyes, let alone blindfolded. That's because one hit from Tyson knocks you down (three knockdowns and you're out) and his punches are often random.

Sinister1, who reached the Tyson fight during speedrunning event Awesome Games Done Quick in 2014, says the odds of beating Tyson blindfolded are similar to those for winning Powerball. It basically can't be done, he said last year.

But Wedge, somehow, was able to pull it off. Watch the video above to see how it all went down; the Tyson fight begins at around 27 minutes.

Wedge completed the run on an emulated version of Mike Tyson's Punch-Out played on Wii, not the original NES version. He did say, however, that he'll take on that challenge next.

Regarding claims that Wedge faked the video, he told GameSpot: "There isn't someone sitting on the couch playing for me." He added: "Someone suggested I can see through my hat and was using mirrors. Again, this isn't likely. I'd better have a ton of mirrors the way I keep moving my head around and looking at the floor, ceiling, etc." 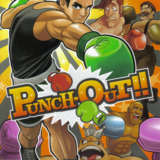