After months of dreary earnings reports, Midway Games got a brief reprieve in November with the release of the decently reviewed Mortal Kombat vs. DC Universe. However, the honeymoon didn't last. This morning, the publically traded publisher issued a filing with the Securities and Exchange Commission that revealed it is carrying a whopping $240 million in debt. That's $72.5 million more than the $167.5 million in total assets--including property--that the company had as of September 30. 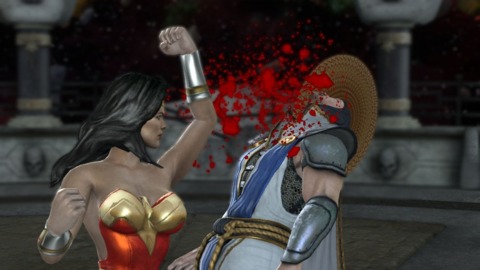 Midway's debt breaks down as follows: $150 million is from various note holders (with Wells Fargo as trustee), and another $90 million is from the publisher's former majority shareholder, National Amusements. National Amusements is headed by Sumner Redstone, the multimedia mogul who controls MTV parent Viacom and GameSpot parent CBS. Last week, gloomy stock-market conditions forced Redstone to sell his $30 million stake in the company for $100,000--and the assumption of $70 million of debt--to a private financier buyer, Mark Thomas.

As a result of the ownership change, Midway's debtors are able to call in the company's debts if they so choose. "Based on current market conditions, the registrant [Midway] expects that all holders of the [debt] notes will elect to require the registrant to repurchase their notes," it read. Indeed, Midway has apparently already received notices from investors eager to get their money back.

According to the terms of the $150 million loan, Midway has 20 days to send its debt holders notices of the controlling interest change. Said debt holders then have the option to demand the Chicago-based company repay their loans at 100 percent value--"plus accrued and unpaid interest"-- within 30 days. In short, that means that in mid-January 2009, Midway could default on debt worth nearly twice the $75.9 million quarterly loss that it reported in November. In the company's own words, "If this were to occur, the Registrant [Midway] does not believe, on the basis of its current liquidity, that it would have the ability to satisfy its obligation with respect to the repurchase of the [debt] Notes."

Even worse, defaulting on the $150 million debt would trigger a provision that would let National Amusements call in the $90 million that it loaned Midway. Again, in the filing's own words, "If these amounts were declared immediately due and payable, the Registrant [Midway] does not believe, on the basis of its current liquidity, that it would have the ability to satisfy its obligations to repay these amounts [to National Amusements]."

So what happens then? "I can't really comment other than to say we're pushing forward," a senior Midway corporate communications rep told GameSpot. The rep did confirm that for several weeks prior to today's announcement, Midway has been working with investment bank Lazard to come up with "liquidity solutions" that will be announced "as soon as possible." In the meantime, Midway is sticking to its 2009 release schedule, which has the long-delayed Vin Diesel-starring game the Wheelman launching in mid-February. It also revealed that a sequel to its TNA Impact wrestling game is slated for release later in the year.