On Tuesday and with much fanfare, Midway Games revealed the November 16 release date for Mortal Kombat vs. DC. Yesterday, the company made a much lower-key announcement that it will cease publishing games based on two licensed intellectual properties currently in its portfolio. In a brief press release, the company said that it had "come to mutually beneficial terms with licensing partners resulting in the cancellation of future versions of related game properties and associated development expenditures."

As a result of the agreement, Midway's third-quarter fiscal losses will nearly double. Instead of the $0.37 per share loss that it forecast during its August 4 earnings call, the company now expects to lose $0.70 per share due to charges from the cancellation. That means the company's shortfall will be nearly double that of the April-June quarter, when it lost $0.38 per share, or a $34.8 million net loss. 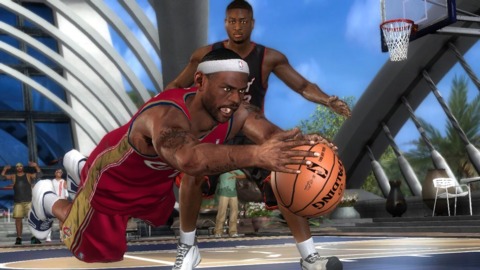 "We made some deals back during the last console cycle, and obviously the economics have changed drastically since then," a Midway rep told GameSpot. "We take a charge now, and then we're freed up with these resources to be spent elsewhere."

More intriguing than Midway's latest financial losses is the identity of the canceled licenses. Currently, the majority of Midway games are original IPs such as Mortal Kombat, Gauntlet, Area 51, and Blitz. The Midway rep also emphasized that Stranglehold and Wheelman are "wholly owned properties," and that the latter game is still on track for an early 2009 release. Midway also said that it is still planning on publishing wrestling games bearing the TNA Impact imprint, and its deal with DC Comics remains in place.

So which IPs does that leave? The rep said that he couldn't comment on which licenses the Chicago-based company is cutting loose. However, the rep did say that Midway was opting out of publishing two licensed series: one developed internally at one of Midway's studios, the other developed externally by a third party.

Currently, only a few licenses that were around during the last console cycle are developed inside Midway--and even fewer would result in a multimillion-dollar loss. The highest profile is NBA Ballers, which launched in 2004 on the Xbox, GameCube, and PlayStation 2. The latest entry in the series, April's NBA Ballers: Chosen One, was personally fouled by critics and shunned by audiences. Domestically, the game sold less than 60,000 units on the PlayStation 3 and Xbox 360 combined as of August 31, according to the NPD Group.

When it comes to Midway-published licensed IPs developed by third parties, the list of suspects grows. The company has distributed games based on several Cartoon Network shows, including: The Grim Adventures of Billy & Mandy (developed by High Voltage Software), Ed, Edd n Eddy (developed by A2M), and Aqua Teen Hunger Force (developed by Creat Studios).

In the US, Midway also publishes the Lord of the Rings Online massively multiplayer online role-playing game, developed by Turbine Software. (European publishing duties are handled by Codemasters.) It has signed on to distribute LOTRO's forthcoming Mines of Moria expansion pack, due out November 18. However, given that Lord of the Rings Online isn't a console game and Midway didn't agree to publish it until 2006--as the console generation was transitioning--it is unclear if it falls under the rep's rubric.

Last but certainly not least are the Unreal Tournament games from Gears of War maker Epic Games. Besides Mortal Kombat, the UT games have become one of Midway's highest-profile franchises since it stole the IP from Atari in July 2004. After releasing Unreal Championship 2: The Liandri Conflict for the original Xbox in 2005, the publisher also backed Unreal Tournament 3, which shipped for the PC and PS3 last year, and the 360 this past July. 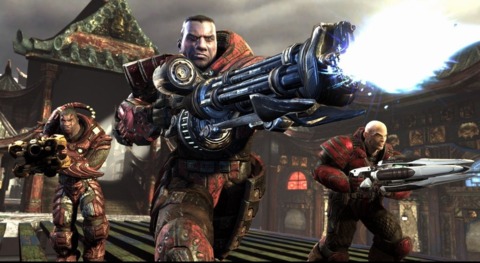 Although Unreal Tournament 3 has sold a respectable 476,000 units domestically on all platforms combined, Midway has had a rocky relationship with Epic. After a delay that pushed the PS3 UT3's release into December--past the prime holiday-shopping time of November--CEO David Zucker blamed problems with Epic's Unreal Engine 3 for delays of other Midway games, including Stranglehold and BlackSite: Area 51.

When asked point-blank if Epic was taking back the Unreal Tournament series, a Midway rep said that he could "neither confirm nor deny" anything until the company's next earnings call in "early November." However, he did take on a diplomatic air by saying, "Epic's been a great partner for us. ...And they continue to be a great partner for us with the Unreal Engine."

[UPDATE] Epic vice president Mark Rein has now confirmed to GameSpot that "Midway is still very much the publisher of Unreal Tournament 3." The two companies have straightforward publishing agreement not contingent on licensing, and are even working on a "major expansion" to UT3.