Midway Games announced today that its official Web site for the Midway Arcade Treasures series has gone live, just in time for the impending release of Midway Arcade Treasures 2. In addition to separate pages featuring screenshots from each of the classic arcade games collected in the two different volumes, the site features Shockwave Flash versions of 10 of Midway's retro arcade hits. 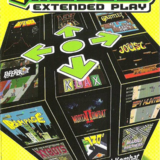