Publisher's studio buying spree continues with the purchase of Paradox Development, makers of the next Mortal Kombat game.

Game publisher Midway bought itself a Christmas present a little early this year, purchasing Paradox Development. The Moorpark, California-based studio is currently working on Mortal Kombat: Shaolin Monks, the next installment in the now-annual Mortal Kombat series. The game is slated for release on the PlayStation 2 and Xbox at the end of 2005.

The purchase caps a year that has seen Midway on a bit of an acquisition binge, development-wise. Paradox is the third studio the publisher has bought this year, following April's buyout of The Suffering creators Surreal Software and, most recently, its acquisition of Area 51 makers Inevitable Entertainment, which it renamed Midway Studios Austin.

As with Surreal and Inevitable, Midway did not actually pay any money for the privately held Paradox. The publisher dished out 333,334 common shares for Midway common stock for Paradox, with an additional 261,906 restricted shares given to key employees as "retention incentives."

By comparison, Surreal Software was picked up for 540,317 Midway common shares and 137,199 restricted shares, while Inevitable sold out for 218,421 common shares and 152,824 restricted shares. Many industry watchers speculate the reason behind the studios' acceptance of the stock-only deals is the persistent speculation that Midway will be taken over by media giant Viacom, whose CEO, Sumner Redstone, already owns over 70 percent of the publisher's stock.

In a statement, Midway President and Chief Executive Officer David F. Zucker said, "The Paradox teams' expertise in the fighting genre is an excellent fit with Midway's product strengths and will help us extend the Mortal Kombat franchise into the action-adventure genre and release a highly engaging title in the Mortal Kombat universe annually."

Zucker also said, "Today's acquisition further strengthens our ability to expand on our current portfolio of games and produce new high quality, top-selling games for the future." Zucker's comments came despite the fact that Paradox's last game was the critically walloped Backyard Wrestling 2: There Goes the Neighborhood, and its total catalog is only around a dozen titles. 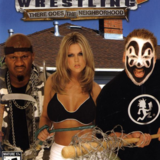