"I was screaming at them in conference calls."

[UPDATE] It's been confirmed now that McCormack's comments were about Fable III, not Fable II. The headline and text have been updated to reflect that.

As part of Eurogamer's fascinating, in-depth report on Fable developer Lionhead Studios comes a story about a time when the team pitched Microsoft on the idea of putting a black woman on the cover of Fable III. According to former art director John McCormack, Microsoft vetoed the idea.

He was not pleased.

"They were going, 'You can't have a black person on the cover, and you can't have a woman. And you want a black woman.' And I was like, 'Yes, I do, because it's about be whatever hero you want.' [According to McCormack, Microsoft said] 'No. It's a white guy. That's just the way it is. We know what sells and that's f**king it. Stop the arguing.' I was like, 'F**k you!' That was a huge fight."

McComack went on to say that Microsoft "missed the point" of Fable III overall by putting a traditional-looking, male hero on the cover.

"I was screaming at them in conference calls," he said. "I lost it at that point, because they just weren't getting the game. Especially because we were the first ever game that had gay marriage, we were about breaking down walls. It was meant to be funny and mature. They just took none of it and just did the usual white guy with a sword on the front. Damn it! You missed the point!"

According to Eurogamer's report, McCormack's story is something of an outlier.

"Most who worked on Fable II speak of the relationship with Microsoft in glowing terms," the report said. "The company comes across as one keen to retain the magic that has spawned the first Fable, that quirky British humor that went down so well with Monty Python fans back home."

Also in the report, McCormack said one of the reasons why he quit Lionhead in 2012 was because Microsoft rejected his pitch for a "darker, grittier" Fable 4.

GameSpot has contacted Microsoft to see if the company has a response to McCormack's comments. We will update this post with anything we hear back.

In 2012, Naughty Dog revealed that it was asked to put one of The Last of Us' main characters, the young woman Ellie, on the back of the box.

"I believe there's a misconception that if you put a girl or a woman on the cover, the game will sell less," director Neil Druckmann said at the time. "I know I've been in discussions where we've been asked to push Ellie to the back and everyone at Naughty Dog just flat-out refused."

Box art has the tricky job of capturing your attention and representing the game. BioShock Infinite's box art was criticized for not representing the tone of the game. Director Ken Levine responded to the criticisms, saying the cover was designed for the uninformed, not fans of the series.

Lionhead officially closed its doors at the end of April. Microsoft reportedly fielded numerous buyout offers for the studio and Fable franchise, but Microsoft apparently rejected them all. 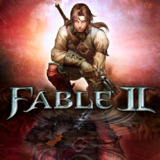 There are 348 comments about this story
Load Comments (348)