LOS ANGELES--The 2011 Electronic Entertainment Expo kicks off tomorrow, but it appears one of the big three's announcements has been unveiled ahead of schedule.

Internet super-sleuth Superannuation has spotted a list of new Microsoft-related domain registrations for a range of properties, one of which is for something called Fable: The Journey, rumored to be a Kinect title.

No further information is available about Fable: The Journey. However, Lionhead's top man, Peter Molyneux, has not shied away from displaying the studio's motion control ambition through the Kinect-enabled Project Milo.

Another high-profile domain name registered is one for Dance Central 2, the rumored successor to the Kinect hit Dance Central. The original Dance Central sold more than 1 million units and enjoyed strong critical praise. Further, series developer Harmonix has confirmed that it will debut a new game at next week's show.

Also included in the domain name registration spree was Kinect Sports Season 2. Like Dance Central, Kinect Sports was a launch title for Kinect and has sold more than 1 million units to date, making a sequel likely.

Lastly, a new domain was recently registered for something called Kinect Fun Labs. Whatever the case, Microsoft has promised that the Kinect library will triple in 2011, and bringing the above-mentioned titles to market this year would certainly help that process. 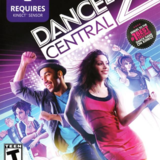