[UPDATE 2] An apologetic software giant to replace any console suffering "red ring of death" for free worldwide; extension applies to every console sold since launch; company will take $1.05 billion charge.

Today, Microsoft announced that it is once again revamping its warranty scheme for the Xbox 360. After mounting anecdotal evidence of the system's failure rate due to the dreaded "red ring of death" (three flashing red lights on the console's front panel), the publisher is changing its warranty to cover systems affected by the red ring for three years from the date of purchase. Any console that suffers the aforementioned failure in any territory the 360 is sold can be returned to Microsoft for repair for free, because the warranty also includes shipping charges.

"As a result of what Microsoft views as an unacceptable number of repairs to Xbox 360 consoles, the company conducted extensive investigations into potential sources of general hardware failures," the company said in a statement. The three-year extension is for all 360s, and will be retroactively applied to every console bought since the 360 launched. That means anyone who bought a console in November 2005 will be covered until November 2008.

[UPDATE] Peter Moore, Corporate Vice President of the Entertainment and Devices Division of Microsoft Interactive Entertainment Business, said he is personally sorry about anyone who's suffered a 360 failure. "We haven't done right by our customers, and for that I apologize," he told GameSpot. "We listened, and we're going to make it right." In an in-depth interview with GameSpot, Moore outlined the new warranty, and emphasized it would be "global" in nature.

Moore also shot down point-blank unconfirmed reports that Forza Motorsport 2 was "bricking" consoles. "It's not a software issue, guys," he assured GameSpot. "It's a variety of hardware issues which we're taking steps to rectify." Though he declined to name any issue specifically, Moore said that Microsoft has improved the 360 hardware to help ensure that future batches of 360 hardware will not suffer similar issues.

Customers who have already paid for repairs that would be covered by the new policy will be reimbursed automatically, according to Microsoft. As a result of this new warranty extension, the publisher said it will report a $1.05 billion to $1.15 billion charge to its earnings for the quarter ended June 30, 2007.

From its November 2005 launch onward, Microsoft's Xbox 360 has been plagued by reports of malfunctioning consoles. While the company downplayed reports of faulty hardware for the better part of a year after launch, last September it acknowledged that its original batch of systems was failing at an unusually high rate. Microsoft extended the standard 90-day warranty to a full year, and promised to reimburse all those customers who had already been made to pay for repairs.

In April, the company once again tweaked its warranty service, saying it would no longer charge shipping on repaired Xbox 360 consoles, and would extend the warranty on those repairs.

The new warranty extension arrives atop a growing tide of reports of 360 hardware problems, including a Monday DailyTech.com report quoting retailers as saying up to 33 percent of launch units fail. To help clarify the question of 360 hardware reliability, GameSpot conducted a week-long informal poll of its users, asking simply, "Has your Xbox 360 failed?"

The poll results are not definitive, and given the open nature of the poll's voting, its results could be manipulated. However, there is a wealth of anecdotal evidence pointing to a high 360 failure rate. Inside the GameSpot offices, 23 editors own 26 360s bought between November 2005 and January 2007. Eight have had their consoles fail completely at least once; of those, two editors suffering complete 360 failures on two occasions. Two others are experiencing ongoing problems, including USB port failure and intermittent cases of the "red ring." The remaining editors have encountered no hardware defects. 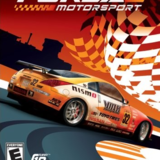