Last week, rumors began to surface that the Xbox 360 would let gamers download Micrsoft-developed games onto Nintendo's DS handheld. Given that Nintendo's handhelds are its main source of revenue, Microsoft creating new content for the DS would be giving ammunition to its archrival in the current- and next-generation console wars. Such a move struck many industry watchers as being highly unlikely, if not outright ludicrous.

However, it now appears that Microsoft may be crazy like a fox. This week, evidence surfaced confirming that the company is indeed developing games for the DS. It came in the form of two job listings on the official Web site for Rare Ltd., the Britain-based developer of Conker: Live and Reloaded for the Xbox and Perfect Dark Zero for the Xbox 360. Rare is wholly owned by Microsoft and is part of its Microsoft Game Studios suite of internal developers, which also includes Halo maker Bungie Software.

The first advertisement, under the "Artist Vacancies" subsection, calls for submissions from "EXPERIENCED 3D ARTISTS (NINTENDO DS)." The position requires a "Good understanding of 3D packages (preferably Maya), strong modeling and texturing abilities, imagination and motivation are all required from anyone hoping to join our Develop award-nominated team in creating key DS titles."

The second advertisement, under "Software Vacancies," asks for "GAMES PROGRAMMERS (NINTENDO DS)." Applicants must "be motivated, enthusiastic and skilled in C/C++ to join our dedicated handheld team, recently nominated for a Develop Industry Excellence Award. 3D skills also an advantage in creating high-profile titles for this unique system."

Although job listings by a Microsoft-owned studio for DS developers would strike most as definitive proof that the company is making games for Nintendo's handheld, nothing is official...yet. When asked by GameSpot, a Microsoft spokesperson declined comment. "At this time, we have nothing to announce in regards to Rare developing titles for the DS," said the rep.

Ironically, the as-yet-unidentified DS games will not be the first that Rare has made for Nintendo. Prior to Microsoft's purchase of the studio, Rare was a Nintendo-only operation, making games exclusively for the Nintendo 64 and the GameCube before Microsoft bought it in 2002.

Since then, however, Rare has developed several games for Nintendo's other portable: the Game Boy Advance. However, these have largely been legacy deals to port existing Rare games, including last year's remake of its 1985 Commodore 64 game Sabre Wulf and the upcoming version of its 1996 SNES game Donkey Kong Country 3. 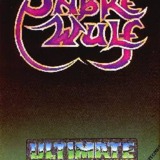