Chihuahua legislators ask federal authorities to outlaw Call of Juarez: The Cartel saying it will desensitize youth to real-life bloodshed.

Call of Juarez: The Cartel was only announced two weeks ago, but already it is being threatened with a ban. Over the holiday weekend, legislators in the Mexican state of Chihuahua asked federal authorities for a ban on the game.

Unlike its predecessors, which were set during the Wild West, Call of Juarez: The Cartel takes place during modern times. As the name implies, the game chronicles a drug war along the Mexican border, casting players as a female FBI agent, a Wild West sheriff type, and an undercover drug agent. Developer Techland said it chose the setting in order to capture a "relevant plot" that would connect with today's gamers.

Unfortunately, for Mexican lawmakers, the plot was too relevant. According to the Associated Press, roughly 6,000 people died in the Chihuahuan city of Ciudad Juarez--one of the settings of the game--in 2009 and 2010. Legislators worry that seeing the city's real-life violence translated into video game form will further desensitize youths.

"Children wind up being easily involved in criminal acts over time, because among other things, during their childhood not enough care has been taken about what they see on television and playing video games," state congress leader Enrique Serrano told the AP. "They believe so much blood and death is normal."

Call of Juarez: The Cartel is due out on the PC, PlayStation 3, and Xbox 360 this summer. As of press time, Ubisoft reps had not commented on the Mexican lawmakers' actions. 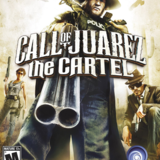 Call of Juarez: The Cartel
Follow
$49.99 on Walmart
Buy

There are 360 comments about this story
Load Comments (360)