The acclaimed Metroid Prime Trilogy, which has become so sought-after by collectors that its pre-owned price on eBay has climbed above $100, will be re-released on Wii U on January 29.

Nintendo announced the digital re-release on Wednesday as part of a broader plan to offer downloadable versions of key Wii games on the Wii U. That begins now, with the release of Super Mario Galaxy 2 on the eShop, followed on January 22 with Punch-Out.

In Europe, the release schedule and line up is similar, only that instead of Punch-Out, players will be offered Donkey Kong Country Returns.

Super Mario Galaxy 2 is one of only seven games that GameSpot has awarded a 10/10 since it started reviewing games in 1996. Punch-Out was also received favourably, while GameSpot's Metroid Prime review said it was "not just one of the single most atmospheric games ever created, but it's also quite simply one of the best."

Meanwhile, Nintendo also announced on Wednesday that some Wii games will benefit from enhanced compatibility support on Wii U. Although all Wii games can be played on the Wii U, players need to enter into the system's emulator to play these. Nintendo is implementing a workaround whereby all that is required to play certain Wii games is that the disc is inserted.

In GameSpot's Year Two Wii U Review, its backward-compatibility function was cited as a major advantage.

The review wrote: "One should not underestimate the value presented here. There is no lost magic in games such as Wii Sports, or Mario Galaxy 1 and 2, or the Metroid Prime Trilogy (if you can still find it), or Zelda Twilight Princess. Nintendo has some of the most capable minds in the industry when it comes to creating content with long-term appeal. Furthermore, players can still access the Wii Shop channel and buy all its digital games, offering access to a vast library of retro content."

Nintendo Direct: All The News 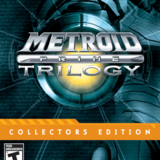