The first game will be released in a remastered form this holiday season.

At long last, it appears the Metroid Prime trilogy is finally coming to Nintendo Switch. Metroid Prime Remastered is reportedly only a few months away, with remastered versions of the second and third games also planned.

According to Jeff Grubb of GameSpot's sister site Giant Bomb, Nintendo is planning to release Metroid Prime Remastered this holiday season, likely to match up with the 20th anniversary. He also said it's possible dual-stick and gyro controls could both be included, and the improvements will likely be greater in Metroid Prime than in 2 or 3.

It could very well be one of the biggest games to release on Nintendo Switch in the latter half of the year for Nintendo, and it will be the second "new" Metroid game in as many years--Metroid Dread was itself a revival of a long-dead DS game initially planned in the early-to-mid 2000s.

Though the Metroid series as a whole has seen something of a resurgence with both Metroid Dread and Metroid: Samus Returns, this has not been the case for the Metroid Prime sub-series. The latest game was a cooperative spin-off--Metroid Prime: Federation Force--which deviated greatly from the other games' formula and was poorly received.

In contrast, the first three games all received critical acclaim, turning what had been a 2D series into a 3D first-person game that still maintained the exploration-heavy gameplay of the originals. The last in the trilogy, Metroid Prime 3: Corruption, was released for the Wii back in 2007.

Metroid Prime 4 is also currently in development for Nintendo Switch, having been announced more than five years ago. The project was restarted at Retro Studios in early 2019, and it's unclear when it will be released. 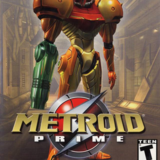