San Francisco's Metreon Shopping Center has been an iconic destination for PlayStation gamers since Sony cut the ribbon on the sprawling 350,000-square-foot complex in June 1999. That fact remained even after Sony sold off its interest in the shopping outlet to the Westfield Group and Forest City Enterprises in 2006, thanks to its cornerstone PlayStation and Sony Style stores. 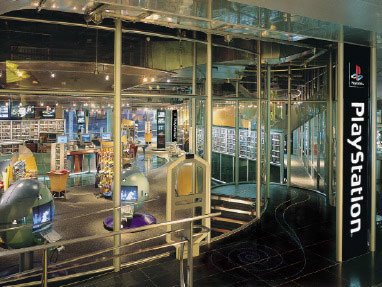 The only one of its kind, the Metreon PlayStation store has been Sony's home base on the West Coast for product launches of its flagship gaming hardware, including the PlayStation 2, PSP, and PlayStation 3. Soon, however, Sony's last foothold at the Metreon will be released, as the Japanese electronics company plans to let the leases expire on both its PlayStation Store and Sony Style stores in the mall.

"Our lease with the Metreon for the PlayStation Store will expire this summer and we have chosen not to renew it," a Sony representative confirmed for GameSpot. "While we are always looking at new avenues for additional retail exposure and space, we felt it best not to continue with a dedicated PlayStation Store at the Metreon at this time." According to Metreon management, the Sony Style store's lease will expire on March 31.

Though the Metreon store is the only PlayStation-specific outlet operated by Sony, the company maintains a healthy number of Sony Style stores at many other shopping centers throughout the US. In addition to PlayStation machines, Sony Style stores offer a host of Sony products, ranging from Bravia TVs to Vaio computers to the Sony Reader Digital Book.

As was the case when Sony first opened the complex, the Westfield Metreon still operates as an adult playground of sorts, playing home to 15 stadium-style movie theaters, an IMAX theater, an arcade, restaurants, and a variety of shops. Metreon management did not comment on future prospects for the soon-to-be-vacated stores.