The full Core player experience will be available for iPhones and iPads this summer.

Core--the metaverse platform that allowed players to create their own worlds and games before the word "metaverse" became en vogue--will soon mark its first anniversary, and developer Manticore Games is celebrating by announcing Core's debut in a whole new arena: iOS.

iOS users who download the Core app when it launches this summer will have access to the full Core user experience, though the availability of certain experiences will depend on the creators themselves. Manticore has announced that an iOS-focused creation suite--with both design and optimization tools--will be available to creators starting today.

While the full user experience will be coming to iOS this summer, creators will still need to bring their visions to life using the PC platform. GameSpot was invited to a private demo of Core's first anniversary celebration earlier this week, where Manticore Games CEO Frederic Descamps clarified that players will only be able to play games via iOS, there will be no creation suite in the app at launch.

"The act of creation is still on PC only," Descamps said. "To be candid, porting the creation tools to mobile would be…well, if you think porting the player experience was herculean, the creation suite would be a far larger task." He did leave the door open for the future, however, saying, "we might at some point, but for now we really want to focus on the player experience on mobile. Honestly it makes the most sense, as we've had zero requests from the creator community to create on mobile; they are all fine with the PC and Mac clients."

The shift to iOS is not the only new addition to Core coming in celebration of the first anniversary, as Manticore has also announced a new Party Portals mechanics which launches today. Party Portals allow players to open a themed portal right where they stand, inviting players to join them in games of Texas Hold 'Em, Game Show Trivia (a recreation of Family Feud), and more.

Core is a PC-based program where players can register for free and carve out their own section of the metaverse. Over 50,000 unique games and experiences have been built from scratch by the platform's three million players, including deadmau5’s Oberhasli and Axial Tilt, a world created in collaboration with Geoff Keighley where players could watch the 2021 Game Awards. 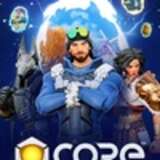