John Cygan, a prolific voice actor best known for his role as Solidus Snake, has passed away. He was 63.

Actor Michael Chiklis shared the news on Twitter over the weekend. "John Cygan, one of my closest friends in this world, has passed away," he wrote. "Impossible to adequately describe the magnitude of his loss to my family and I."

Chiklis noted that the two became friends after working together on the TV show The Commish in the early '90s. Cygan also played small roles in other shows throughout the decade, including appearances on The X-Files and Frasier, before becoming a fairly prolific voice actor--particularly in video games.

According to his IMDB page, his credits include Star Wars: Knights of the Old Republic (Canderous Ordo), Kingdoms of Amalur: Reckoning (Agarth), and Marvel: Ultimate Alliance (Iron Man). He also played an assortment of characters in games like Final Fantasy XV, Mafia III, World of Warcraft: Legion, and Grand Theft Auto V.

Perhaps his most significant role in a game was that of the aforementioned Solidus Snake, who was a major part of Metal Gear Solid 2.

Cygan leaves behind his wife, Cathy, and two children. 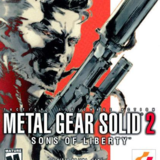