The Meta Quest 2 is now available at its original price for a limited time, and includes Beat Saber to sweeten the deal.

Update: This deal is no longer available.

The Meta Quest 2 virtual reality headset has just received a discount, essentially dropping its rate back down to its original recommended retail rate. The Quest 2 128GB and 256GB models became significantly more expensive at the start of August, with those headsets increasing in price to $400 and $500 respectively.

Right now, you can take advantage of a deal at GameStop, where the 128GB Quest 2 is only $300, and the 256GB model is available for $400. It's a big discount--though it wouldn't have been a month ago, of course. You also get a free copy of the superb Beat Saber rhythm game for free. This deal could sell out soon. Amazon was also offering the discount on the 128GB model but ran out of stock very quickly. 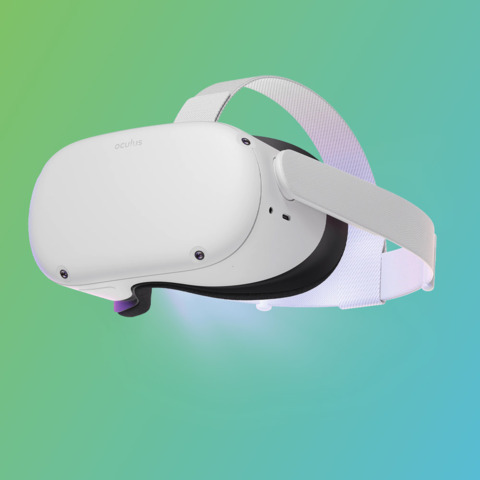 If you've been looking to get into VR gaming, the Meta Quest 2 is generally seen as a good mix of affordability and approachable design. You don't need to tether it to a console or a PC as its all-in-one design allows you to install games into it and start playing right away. An improvement on the original model, the Quest 2 has a higher pixel count and redesigned Touch controllers that feature improved ergonomics and intuitive controls that catch every gesture.

If you do have a PC that can run VR games, you can connect your Quest 2 to it with a Meta Link cable and access a new library of immersive titles. Additionally, you can strap in for metaverse activities such as concerts and films. As for the included Beat Saber game, it's still one of the best experiences and workouts that you can have in VR. It's essentially an energetic version of Guitar Hero, only you're wielding laser-swords to hit musical notes as you strive to maintain a rhythmic cadence.

It's worth mentioning that Meta is expected to launch a high-end headset (Project Cambria) in the near future, which will likely be quite a bit more expensive than the Quest 2, in case you feel like being patient.