Each of the cartridges is a limited run of 8,500 units--7,500 in a standard opaque light blue, and a mere 1,000 in translucent, glow-in-the-dark blue. They'll be in sealed, unmarked boxes, so whether you get the regular or the ultra-rare copy will be left a mystery until you open it. Plus, each cart is actually playable in your NES or SNES.

The announcement kicks off Capcom's "Mega May," implying more surprises in store for the Blue Bomber. The character is preparing for a come-back with the release of Mega Man 11 later this year, and with E3 around the corner we're likely to hear some more about it. So far we've seen glimpses of a new art style, but not much else. It's coming to PC, PlayStation 4, Xbox One, and Switch this year. 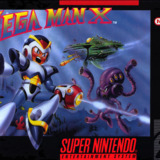