The upcoming Gran Turismo 5 Asia tournament will not be the only highlight of the Taipei Game Show 2011 at the Taipei World Trade Center this weekend. Mega Biotech & Electronics, the Taiwanese company responsible for distributing rhythm arcade game Hatsune Miku: Project DIVA Arcade in Asia, will be hosting the first-ever newcomer tournament in the show.

The qualifiers will be held from February 18 and 19, while the grand finals of the tournament will be held on February 20 from 2 p.m. to 4 p.m. In addition, the Taiwanese agency and developers Sega will sign a Memorandum of Understanding for regional agency of the arcade game on the first day of the show.

As an aside, peripheral company Tt Esports and Blizzard Entertainment joined forces in holding a StarCraft II: Tt Esports Invitational Cup tournament that will be held at the expo from February the 18th to the 20th. The Taiwan E-Sports League will also offer assistance in helping Tt eSPORTS run the tournament.

The competition will consist of 64 players playing StarCraft II on Tt Esports' show floor. The first-place winner will win TND10,000 (US$340), while the second and third place contestants will receive TND6,000(US$204) and TND3,000(US$102) respectively.

The Taipei Game Show 2011 will be held from February 18 to February 22 at the Taipei World Trade Center, Taiwan. 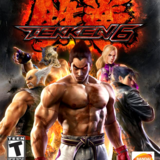