Meet The Word-Based Battle Royale You Never Knew You Needed

Although the world of battle royale games tends to be dominated by big titles like Fortnite or COD: Warzone, that hasn't stopped smaller games from popping up with offbeat, genre-mashing takes on the format. New game Babble Royale might just have one of the most unique interpretations of the genre, mashing up wordplay games with the fast-paced and competitive nature of battle royale. As the game's tagline says, it's "words with enemies."

Babble Royale borrows a lot of the design elements popularised in games like PUBG and Fortnite, with players parachuting into the game map, and having to stay within an ever-contracting ring of death. The big difference, however, is that Babble Royale's map is essentially a Scrabble board, with players having to spell out words to move across the board and attack their enemies.

Babble Royale is now live in early access! I think it's the funnest game I've ever worked on. Come see for yourself.https://t.co/5vxJDAlYXD pic.twitter.com/N6WGBpB8AM

The game supports 16 players on one map, with the eventual winner taking home the honor of having the "last word." Players can choose to either lean into pure word-making play, or stick to short words and dominate the game board tactically. Like more conventional battle royales, Babble Royale also offers loot and power-ups that can be collected cross the map, as well as an in-game currency that can be used to level up.

If this fast-paced and cutthroat version of Scrabble sounds like your kind of battle royale, you can check out the game now, for free. Developer Everybody House Games is currently running an early access Season Zero, with the aim of gathering plenty of player feedback to improve and evolve the unique game. 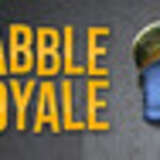