While patches for Battlefield 1942 are nothing new, the sheer size of the upcoming update will set a precedent. Described as "by far the most comprehensive patch to date" the v1.6 patch weighs in at a hefty 250 MB. It will feature punkbuster anti-cheat features, improved server browsing, and two new maps: Liberation of Caen, which features Canadian troops for the first time, and Raid on Agheila, an update for the Secret Weapons of WWII expansion pack. The entire update list is below:

New Map: Liberation of Caen - Liberation of Caen is a new map for BF1942 owners. It includes a whole new army, the Canadians. The army includes the Sexton SPA and the Lynx scout car, as well as new skins, flags, voice overs, and a new Assault rifle and the Johnson M1941 LMG. The Germans in this map are also equipped with a new scout vehicle, the Kettenkrad.

New Map: Raid on Agheila - Raid on Agheila is a new map playable for owners of the Secret Weapons of WWII expansion pack. This exciting map adds a bevy of new vehicles, including mobile spawn points, stationary rocket launchers, a new tank, new self-propelled artillery, and the Flettner, an experimental helicopter.

Modifications to Existing Maps - The Russian dive bomber, Ilyushin IL-2, has replaced one of the Yak 9 fighters in Kursk and Kharkov. Battle of Britain can now be played using Objective Mode. Secret Weapons of WWII expansion pack is NOT required to play Battle of Britain in this mode. Invasion of the Philippines has been slightly revised. The Japanese Destroyer has been rotated to face North, giving the Japanese a better chance at the start. The out of bounds area has been pushed back, and ticket bleeds have been slightly reduced.

In-game HUD Player and Map Voting Interface Via Scoreboard - To access the new scoreboard features either enter the spawn interface and click the Scoreboard button, or press TAB. (NB- clicking the right mouse button while holding down TAB will give you a cursor- clicking on the 'lock' button will lock the scoreboard onscreen.) Features of the new scoreboard:

Runs in console mode displaying a status monitor with an interactive console. - The server uses a different binary than the game (bf1942_w32ded.exe).

IMPORTANT NOTICE ABOUT NEW SERVER FUNCTIONALITY - Please note that all old maplists are incompatible with this new feature and will have to be created again. Running the server with an old map list will not work. As a result of this the game.serverGamePlayMode command in the ServerSettings.con file and the +game command line argument are now obsolete for dedicated servers and should not be used.

NOTE: the following commands now also use this functionality:

Updated Banning System - Bans can be set on CD key hashes as well as IP addresses. Timeouts can be specified in these ways:

Updated Remote Console Output - The remote console now mirrors text written to the main console by prepending each mirrored line by a hash character (#). This is useful to capture chat text from external tools that periodically send commands to the remote console. Please note that if several remote connections are made, the state of the mirroring is cleared so that mirrored console lines can easily be lost. Thus if you plan to use this feature in a tool, please only connect with one remote console connection at a time to ensure that you will get the correct results. 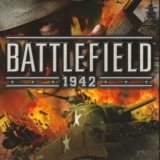