Mary DeMarle is joining the BioWare crew to help shape the narrative direction of the next Mass Effect.

Deus Ex and Marvel's Guardians of the Galaxy writer Mary DeMarle has officially been confirmed to have joined BioWare as the senior narrative director for Mass Effect 4.

Director Michael Gamble confirmed the news this week (via VGC), adding that DeMarle would be working on a sequel to EA's sci-fi series. "I'm really excited to let you know that Mary DeMarle will be joining the Mass Effect team as senior narrative director," Gamble tweeted. "You've seen her work in Guardians of the Galaxy & Deus Ex--to name a few--she's amazing."

Oh, hey!
I'm really excited to let you know that Mary DeMarle will be joining the Mass Effect team as Senior Narrative Director. You've seen her work in Guardians of the Galaxy & Deus Ex (to name a few!). She's amazing.

The modern Deus Ex games have been well-received since they were released, with many critics and fans praising the storytelling of those titles. Marvel's Guardians of the Galaxy also earned critical acclaim when it was released, and went on to win the Game Award for Best Narrative at last year's Game Awards.

It's still early days for Mass Effect 4, and BioWare has remained tight-lipped on its development so far. "It's going to be a while before we can talk about it in more detail, but we can't wait to show you what we're working on!" the company said in a statement back in April. For more on the game, you can check out GameSpot's feature on everything that we know about Mass Effect 4 so far.

BioWare is also developing Dragon Age: Dreadwolf, which has seen a few more tidbits of information revealed. One piece of teaser art released suggests that Dreadwolf will see the return of the Grey Wardens for the RPG, which will be an exclusively single-player experience. 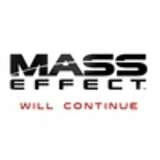