Here are some tips to help you make the most of your time in Marvel's Midnight Suns.

Marvel's Midnight Suns combines the turn-based tactics of XCOM with deck building and Marvel superheroes. When you aren't battling the forces of Lilith, you will need to build bonds with your teammates and invest in upgrades. While you don't need to worry about losing units in the heat of battle, there are a ton of systems to invest in. The Marvel license is likely to bring new fans to this sort of tactical experience, so if you're new to the genre, or even the heroes, here are some tips to help you get started in Marvel's Midnight Suns.

One of the most important aspects of combat in Marvel's Midnight Suns is maximizing your cards and moves to take out the most enemies each turn. For most turns you will have three card plays you can do, along with two redraws, and one move. As you get different bonuses and upgrades, this might not always be the case, but it's the standard. Each card will list what it does, the type of card it is, and how much damage it does, if it does damage.

There are effects like Quick, which refunds a card play if you knock out an enemy with it, or Knockback, which sends an enemy flying in a direction on hit. Maximizing quick cards will allow you to play more cards than you typically could. Another important aspect is the Heroism counter. Heroism is represented by an orange number, when it's in the bottom corner of the card, playing it generates heroism while if it's on the top it generates heroism. More powerful abilities cost heroism and it can be used to perform environmental attacks. It's important to make sure you're actively building heroism, there are even missions where you need heroism to complete the objective.

Back at the abbey, you will have access to the forge which allows you to research new upgrades, among other things. This will let you improve the facilities around the abbey. These upgrades can make training, crafting, and upgrading all more beneficial, so it's important to get these unlocked early. To research better improvements, you will need to increase your research level. This can be done by finding artifacts during missions. While you might get lucky and obtain an artifact anyway, look for missions that list an artifact as a reward to guarantee you get one.

Each artifact increases your research level by one, so it doesn't take too many missions to have access to all research levels. Individual projects sometimes have a secondary requirement, which typically revolves around one of the heroes on your roster. For example, sometimes you might need to run a certain amount of missions with Ironman to unlock a project or you might need to craft a certain number of Ms. Marvel cards. It's important to know that research projects that unlock improvements to the facilities in the Abbey will typically need to be purchased with credits after being unlocked.

Unlocked by researching and buying the level one upgrade for the yard, Training Dummies, the shove is one of the most flexible abilities in the game. It functions exactly as it's described, allowing one of your heroes to shove an enemy during combat. The reason it's so handy is that it's not tied to Heroism or a card, instead being tied to your single move each turn. If you don't need to move any heroes out of the way of danger, you can instead shove an enemy.

The shove itself doesn't not deal any damage, however it can be extremely effective to shove them into something. If there are two regular enemies (the ones that always get knocked out in a single attack) next to each other, you can shove them into each other to knock them both out, saving a card play. You can also shove tougher enemies into the environment, sending them into explosives for big damage, shoving them into generators for a stun, or even shoving them off a ledge for a chance to instantly knock them out. Depending on the situation, the shove is as useful as any other ability in the game, just without any real cost.

Experiment with different teams, but always bring a healer

The majority of missions will feature a single three-person team of heroes, with some missions occasionally having two teams. For story missions, you will typically be required to bring the Hunter, along with one set character and one of your choosing, although this changes from mission to mission. For non-story missions, you will typically have to take the lead hero for the mission, whomever it is, and two other heroes.

This allows you to get pretty creative with your teams and lets you experiment pretty heavily, with one glaring exception. You are going to want to take a healer with you on every mission, without exception. Unfortunately, your healing options are fairly limited to start out. The only hero who starts with healing abilities--outside of life-steal abilities like Blade--is the Hunter. Nico can earn new healing-focused cards pretty quickly, so you will want to run some missions with her early on. You can try to rely on healing items, but early in the game you can typically only bring one or two items with you on each mission, making it difficult to succeed without a healer.

The Abbey is the home of the Midnight Suns and where you will spend your time in between missions. While many of the main mechanics, the Forge, the Yard, Hero Ops, and the Mirror Table will likely be obvious to you, there is a massive amount of space outside the Abbey that can be explored. Out on the grounds you can find Arcane chests, which contain cosmetic items, ingredients for making battle items and for progressing clubs. There are also multiple mysteries to discover and solve on the grounds, which can provide powerful unlocks as well. The grounds are massive and some activities are gated by the story, so don't try and find everything in a single day.

Don't worry about leveling every hero

While you can only take a limited amount of heroes on each mission, that doesn't mean you will need to spend extra time grinding to make sure the whole roster is on par. After certain missions or a big enough level gap, the entire hero roster will get bumped up to match the Hunter. Missions don't have levels, instead they scale based on the difficulty of the mission and the levels of the heroes on the missions.

There are two stations unlocked early in the game that let you craft items, which can be useful in battle, the Item Station and Agatha's Cauldron. The Item Station lets you use essence, which can be obtained from missions or by scraping unwanted cards, to craft Battle Items. Battle Items can give specific bonuses and benefits during missions and they never count as a card use when played. The downside is these items are single use, so you will need to keep crafting more.

Agatha's Cauldron functions similarly, except for using essence it uses the ingredients that can be foraged on the Abbey Grounds. The two stations offer different types of items, so it's best to keep well stocked on both types of ingredients.

The Biggest Games Of December 2022 - Marvel's Midnight Suns, The Callisto Protocol, And More 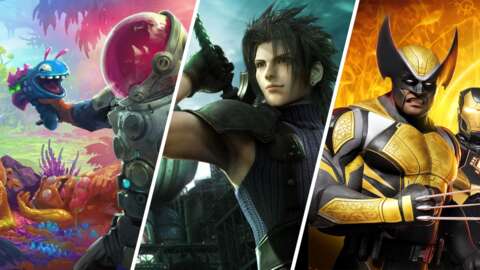 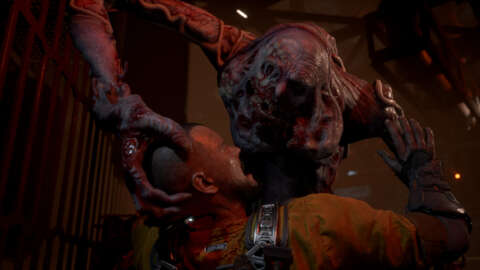 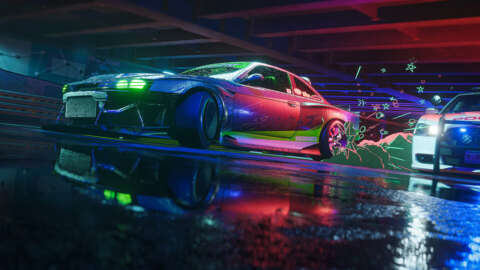 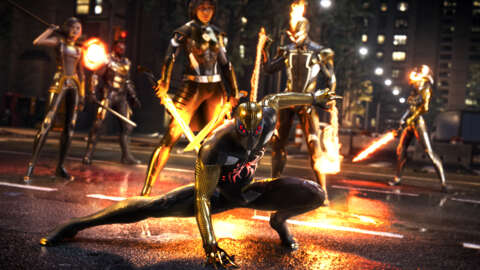