Marvel's Midnight Suns Releases In October With Spider-Man In Tow

Marvel's Midnight Suns received a new trailer at Summer Games Fest Live, which revealed a release date for the tactical superhero game: October 7. The new trailer also showed off Spider-Man as a playable character, along with twisted "Fallen" versions of Venom, Sabretooth, Scarlet Witch, and the Hulk, that players will have to fight. Check out the new trailer below.

Midnight Suns is a tactical RPG, where you control a team of superheroes in combat that feels a bit like developer Firaxis Games' other tactical strategy franchise, XCOM. Outside of combat, however, you play as a new character called the Hunter, who leads the team, composed of heroes such as Doctor Strange, Iron Man, Blade, Ghost Runner, and Magick.

The alliance is a bit different than most Marvel team-ups, as this crew is assembled specifically to deal with supernatural threats, led by Lilith, the Mother of Demons. The Hunter is an important part of the story, but they will also be customizable in appearance and power sets. The announcement notes that Midnight Suns' roster of heroes will run the gamut across the Marvel universe, including members from the X-Men, Avengers, and Runaways.

Check out our lengthy hands-on preview of Midnight Suns, which delves deep into its RPG aspects and how it differs from developer Firaxis Games' XCOM franchise.

Midnight Suns will be coming to PS4, PS5, Xbox One, Xbox Series X|S, and PC on that date, with a Switch version to come later. With the release date set, preorders are now available. The game will be available in four editions: the Standard Edition ($60) on PS4, Xbox One, and Windows, and an Enhanced Edition ($70) on PS4 and Xbox Series X|S, which includes optimizations for the new consoles and five cosmetic skins. The Digital Plus Edition ($80) is available across all platforms and includes 11 cosmetic skins, along with the optimizations. Finally, the Legendary Edition ($100) includes 23 cosmetic skins, along with a Midnight Suns season pass. 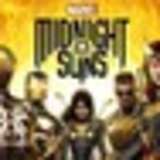