The creator of the Harvest Moon series is being bought out by Marvelous Entertainment.

Victor Interactive Software was founded in 1996 by Victor Entertainment, and it is best known for its Harvest Moon series. Marvelous Entertainment is known as the publisher of a number of titles, including The King of Fighters EX: Neo Blood. 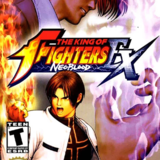