The new sports sim releases on June 25, and it's available to preorder now for Nintendo Switch.

Two retailers are offering exclusive preorder bonuses. If you preorder at Best Buy, you'll get a Mario Golf: Super Rush bag tag to put on your real golf bag. GameStop is offering a Mario and Peach pin set to those who preorder. 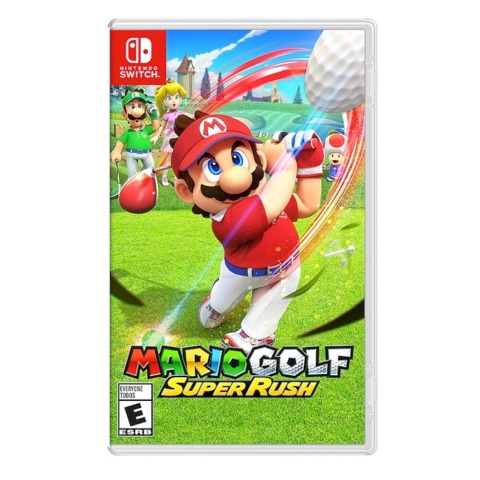 Mario Golf: Super Rush is available to preorder now at major retailers for $60. Digital preorders are also available on the Switch eShop.

Developed by Camelot, Mario Golf: Super Rush has a button-based control system as well as optional motion controls. Super Rush, as the name suggests, offers a twist to the formula. In Speed Golf, you race against your opponents between shots. Super Rush also has a new mode dubbed Battle Golf, which is a competitive mode where you see who can be the first to capture three holes in a stadium course. There's also story mode starring your Mii dubbed Golf Adventure. You work your way up the ranks, completing challenges, fighting bosses, and upgrading your character's stats. Mario Golf: Super Rush features 16 playable characters, including Mario, Luigi, Peach, Waluigi, Wario, Donkey Kong, Yoshi, Daisy, and plenty more. It earned a 7/10 in our Mario Golf: Super Rush review. 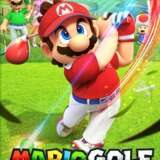