The MMO will shut down its servers in May.

Less than two years after launching, MapleStory 2 will have its global servers shut down. The servers will officially go dark on May 27.

The decision was announced on the game's official website, which details which regions will be affected and when players can expect support to cease. MapleStory's global servers encompassed most regions, with only South Korea and China expected to stay running after May. MapleStory 2 support will also be shut down on June 27.

"We are forever grateful for your patience and dedication to MapleStory 2 as we tried to rework the game starting with Project New Leaf, but ultimately we’ve decided that we will not be able to provide the type of service that would live up to your expectations," the announcement reads. "We took a hard look at the current state of the game and its future roadmap, and sadly reached the conclusion that it would be difficult to maintain long-term continuation of the game while remaining true to what made MapleStory 2 your MapleStory 2."

Players who purchased in-game currency after December 11 can apply for a refund, which will be fulfilled using NX--an in-game currency that is used across all of publisher Nexon's games. MapleStory 2 will also have its in-game purchases disabled until servers are shut down. The game's final end-game events have already begun, giving players some time to complete them.

Having launched in October 2018, MapleStory 2 is an MMO that allowed players to customize their characters and homes, engage in long raid activities, and battle other players. Its endgame shifted away from the pay-to-win mechanics of the first title, but replaced it with very random drops and time gates that diluted the fun of the grind. 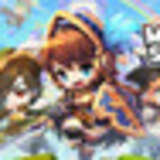