Months after the Grand Theft Auto: Vice City "Kill all the Haitians!" uproar finally fizzled out, Rockstar Games has another controversy on its hands. In the UK, the parents of a teenage murder victim have blamed the crime on the Rockstar game Manhunt. The parents of Stefan Pakeerah, 14, said their son was lured to a park by a 17-year-old player of the game, who stabbed and beat their son to death with a knife and claw hammer.

"When one looks at what Warren did to Stephan and looks at the brutality and viciousness of the game, one can see links," Stefan's mother told the BBC. Stefan's father was more specific, telling Reuters, "Stefan's murder compares to how the game is set out, using weapons like hammers and knives. If games like this influence kids, they should be taken off the shelves."

The uproar has prompted the UK's biggest retailer to do exactly that. The Dixons chain has removed Manhunt from its locations across Britain and has no plans to put the game back on sale. A spokeswoman for Dixons told the BBC, "We are taking it off the shelves with immediate effect." Rockstar issued a statement in response to the removal, saying "We have always appreciated Dixons as a retail partner, and we fully respect their actions. We are naturally very surprised and disappointed that any retailer would choose to pull any game." Rockstar also defended itself by stating, "We reject any suggestion or association between the tragic events and the sale of Manhunt." However, the publisher/developer did offer its condolences to the victim's family.

As was to be expected, erroneous news reports in the wake of the murder have reignited the controversy that surrounded Manhunt when it was first released. Reuters wrote, "It awards extra points to players for carrying out murders in a particularly extreme and bloody way, while victims plead to be spared on behalf of their wives and children." In reality, Manhunt awards no points at all. The stealth survival shooter follows a convict who is forced to kill hired assassins in self-defense with whatever items are on hand. However, the madman/snuff-filmmaker who has kidnapped the convict does offer him rewards based on the grisliness of his killings, albeit in a very unglamorous fashion.

The BBC's coverage of the Manhunt furor was more balanced. Besides quoting Rockstar reps and officials of ELSPA, the UK's primary game-industry trade group, the BBC also talked to a child psychologist about whether or not there is a link between violent games and violent behavior in children. "There's been no longitudinal research, following adolescents over a long period, looking at how gaming violence might affect their behavior," said Professor Mark Griffiths of Nottingham Trent University, who called for more research.

The BBC also pointed out that Manhunt has an 18 certificate--the equivalent of an "M" rating--and shouldn't be played by minors at all. Rockstar reps reiterated that its games are for adults only. "Rockstar Games is a leading publisher of interactive entertainment geared towards mature audiences, and [it] markets its games responsibly, targeting advertising and marketing only to adult consumers ages 18 and older," said the publisher/developer in a statement. 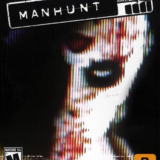