Take-Two Interactive announces management changes and revises its financial guidance for the remainder of the fiscal year. Game delays confirmed.

Take-Two Interactive has today announced a number of management changes following the resignation of Jeffrey Lapin, the company's CEO and one of its directors. Richard Roedel has been named executive chairman and interim CEO; Paul Eibeler has been reappointed to the positions of president and a director; and international managing director Gary Lewis is relocating to the company's headquarters in New York to work as its global COO.

Take-Two has also announced that it is reducing its financial guidance for both the second quarter ending April 30 and the fiscal year ending October 31. The reduction in guidance for the second quarter is attributed to the delayed release of Red Dead Revolver that was confirmed today. The North American release has only been delayed by a week but will now arrive on shelves at the start of Q3 rather than at the end of Q2. Take-Two has also experienced disappointing sales on some of its catalog products, although the shortfall in its publishing revenue is expected to be partially offset by the strength of its Jack of All Games distribution arm.

Joining Red Dead Revolver on Take-Two's "delayed release" list today is The Warriors, Rockstar's movie-inspired action game about warring gangs in New York City. Originally scheduled for release in the third quarter of this year, the PS2-exclusive title has been pushed back to the first quarter of fiscal 2005 so that additional resources can be devoted both to it and to Grand Theft Auto: San Andreas--which is still scheduled for release in October.

"Clearly, we are disappointed with our current performance," said Roedel. "However, we believe the senior management additions we announced today are a significant step forward in strengthening our operational focus, which should lead to improved financial results going forward." 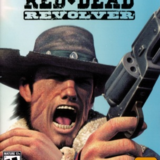