Gas Powered Games CEO Chris Taylor confirms 40 staff let go in round of layoffs that may result in termination of Kickstarter campaign.

"These layoffs are substantial, but it's not everyone," Taylor said. "We still have a fully functioning company, IT, HR, Operations, etc. And have retained some key people."

Taylor said he will release a Kickstarter video explaining the current situation to backers in the coming days. In this video he will ask supporters "if I should continue and then rehire people, or terminate the campaign now."

The Kickstarter campaign for Wild Man--asking for $1.1 million--went live on Monday. At press time, the fund stands at $175,000 pledged from more than 3,500 backers.

Taylor explained to GameSpot this week that he is betting the entire company's future on the success of Wild Man.

"Everything I have ever worked for in my entire career--in my entire life--it culminates in this one event," he said at the time. "I am absolutely all in. That's it. What victory is worth achieving if there's no consequence of failure?" 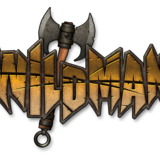