We throw down with Konami's PSP launch title.

One of the staples for any hardware launch these days in Japan is a Mahjong game. The classic table game enjoys a fair chunk of popularity, and games based on it are always a good bet for developers to run with. We spent some time with Konami's Mahjong game for the PSP to see a) how it has come together and b) to see if there's any chance it had connections to Chuck Palahniuk or Brad Pitt. Based on our initial impressions our answers so far are a) pretty well and b) probably not.

When you turn on Konami's Mahjong Fight Club for the first time, you'll see a registration screen that prompts you to select a user name that will be displayed while you're playing, and a password that you'll need to input whenever you launch the game. You'll also get to select a region of Japan to be associated with, so you'll feel like you're virtually playing as a Mahjong professional who's living in that area. Once you finish with the basic settings, you'll be taken to the main menu of the game, which has six categories: Mahjong Fight Club mode, free rule match, quiz mode, records, Mahjong guide, and options.

Mahjong Fight Club mode is the main mode in the game, and it allows you to play against the CPU or with up to four human opponents. While it's common for versus CPU-oriented Mahjong games to run on a one-on-one system, Mahjong Fight Club's system leans more toward gameplay between players, and it adopts a four-player system where there are always opponents sitting on each side of the game table. If you're playing with other PSP owners but there aren't enough people, the empty seats will be filled by the CPU. MFC is actually a port of an arcade game of the same title that allowed you to compete against players in other arcades via Internet connection, and you can see that Konami intended the PSP edition to be played similarly, except with its Wi-Fi connection. The cursor on your play mode selection is positioned on network play by default instead of on single-player mode, which underscores that Konami wants you to play the game against other PSP owners. If you start off on network play and you can't find anyone around you, you can leave your Wi-Fi antenna on, which will let you play against the CPU while you listen for any incoming connections.

In terms of gameplay, MFC plays pretty standard as a Mahjong game. You use the left and right buttons on the D pad and the circle button to select your tiles, and the game will automatically prompt you whenever there's something you can do, like picking up the tile that your opponent threw away or declaring that you're about to get a hand. You only have five seconds during every turn to think of what to do in MJC mode, but you can press the triangle button once per match to declare that you need more time to think. Pressing down on the D pad lets you lay your tiles down, so that other players can't peek into your screen if you're playing against human opponents. Hitting the R button will show you information about the players, such as their current score, their ranking, and the characteristics of their playing methods. When you're through playing a match, you can choose to save a recording of the match on your Memory Stick Duo, which you can play back through the records menu at any time.

Free rule match mode is pretty much the same as MFC mode, except that it comes with a menu with multiple pages that allow you to set many of the details and rules for your match, such as what kinds of hands are allowed, how much time you're allowed to think per turn, and how many points you start off with. It also allows you to configure some of the game's settings, such as the color of the game table, which are things that are usually featured in the options menu.

The options menu for Mahjong Fight Club on the other hand is pretty simple, since it only features sound configuration and game data loading/saving. The game data loading and saving setting is virtually left unused, since MJC features an autosave feature and you can see the access lamp on the Memory Stick constantly flickering during the middle of your matches. One of the nifty features in the sound configuration is the ability to turn off music during gameplay to let you focus on your match, or you can choose to turn it off at all times, which will shorten the load time when the PSP has to access the univeral media disc. Since MFC isn't too graphics-intensive, the overall loading time isn't too bad. The load times are around 20 seconds on launch and 11 seconds when starting a match (six seconds with the music turned off).

The records menu allows you to view various sorts of data on your gameplay, such as what kind of hands you use most often and what methods you use in order to get the final tile you need for winning a round. You can also play back recorded data of your matches, and you can view a list of human opponent names that you've played against in the past using the PSP's Wi-Fi.

As mentioned earlier, MFC has a password feature that stops other people from playing on your saved data if you lend them your PSP, which seems like a nifty feature when considering the game keeps a very extensive record of your gameplay. But it's actually more or less just a physical appearance to make the game look like its original arcade edition, which had a password lock since it was played over the Internet. Even though you can prohibit other people from playing with your saved data on MFC, they can just overwrite it by creating a new file, since the game only allows one save data per Memory Stick Duo. So if you're lending the game out to a friend together with your PSP, it would be wise to either keep a backup of your saved data or have your friend play the game with his own Memory Stick. Another thing worth mentioning is that it can take 10 minutes to play a match even under the shortest rule, since you have four players taking turns to select their game tiles. Be sure you have enough time on your hands if you're playing against human opponents, or otherwise you'll have to bail out during the middle of the game. If you do, your seat will be taken by a CPU. And if you're playing alone and you need to stop, be sure to save the game by pressing the start button before you go into the PSP's sleep mode, otherwise your game state might not get recorded correctly on the Memory Stick.

One thing to consider for people thinking of buying Mahjong Fight Club, is that the game is oriented toward intermediate and advanced Mahjong players. This isn't an introductory-level game, and one reason for this is because you need knowledge of Mahjong to play against people with the PSP's Wi-Fi to really enjoy the game. Another reason is that the game doesn't provide you with a tutorial on the basic rules of the classic table game. There's a Mahjong Guide option in the main menu, but it's a rule book about the default scoring methods of the game and a glossary of Mahjong terms. On the other hand, MFC should be a treat for users that already know the basics of Mahjong, and it even features a quiz mode that tests your knowledge. You'll need an understanding of Japanese language to play through the quiz mode, of course. 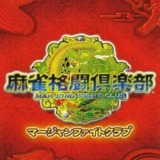