Like pasta without sauce or Abbott without Costello, playing a Lego game without collecting any plastic studs is just wrong. It's also basically impossible, as one Lego Star Wars: The Complete Saga player just discovered.

YouTube user Sovern Gaming began a new version of the Lego Star Wars challenge he had attempted before, only this time he put the game in Free Mode so he could get more characters. During his previous attempt, he had to touch 217 studs in order to complete the game, and it had since been lowered to 212.

By playing cooperatively, picking characters, and turning on extra abilities, the total stud count was reduced down to 31 for the entire game. Sovern Gaming's video provides information you'll need if you want to attempt the run yourself, including which character you should pick for each level.

One of the key techniques necessary for this run is the triple-jump, which can be performed by characters like Yoda, General Grievous, and the Emperor. You'll also need flying characters in order to completely avoid studs on narrow pathways, and it's even necessary to switch between characters in the middle of jumps in order to avoid some studs.

It's a pretty ridiculous feat, and Sovern Gaming noted in his video's description that the actual lowest possible stud count for the run is 28. We'll have to wait and see if that number will be any lower when Lego Star Wars: The Skywalker Saga releases later this year for Xbox One, PS4, Nintendo Switch, and PC. 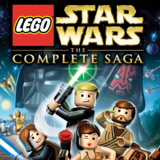